The Major tournaments Spruce Meadows, Aachen, Geneva and ´s-Hertogenbosch – all prestigious names on the international equestrian sport circuit, which are connected by a spectacular bonus system: Turning the Rolex Grand Slam into a truly infinite story, into one of the most exciting concepts in the history of international sport.

“This has been a fantastic exercise in innovation and cooperation, while also respecting the histories and traditions of each of our events.”  Each of the four prestigious and historic tournaments that comprise the Rolex Grand Slam of Show Jumping has a long tradition of sporting excellence, collectively spanning over two hundred years. The Rolex Grand Slam of Show Jumping is the first global initiative to reward an outstanding rider who wins the Grand Prix events at each tournament major in succession. Should any athlete jump to grand prix victory on three consecutive occasions, he or she is recognized with the Rolex Grand Slam of Show Jumping title. With this incredible accomplishment also comes a €1 million bonus prize. Should ones’ run of remarkable success continue with a fourth-consecutive win, the bonus reaches a staggering €2 Million!

Eric Lamaze, Canada's two-time Olympic medalist, and past Grand Prix Champion at each of Geneva, Aachen and the Spruce Meadows 'Masters' notes, "There are many great Grand Prix events on the show jumping calendar, but the four that comprise the Rolex Grand Slam of Show Jumping are—without doubt—the titles that all riders want to win during their careers. Winning even one Major of the Rolex Grand Slam of Show Jumping is an incredible and career-changing achievement; to win three in a row or all four in a 12-month period would create a legend of the sport." 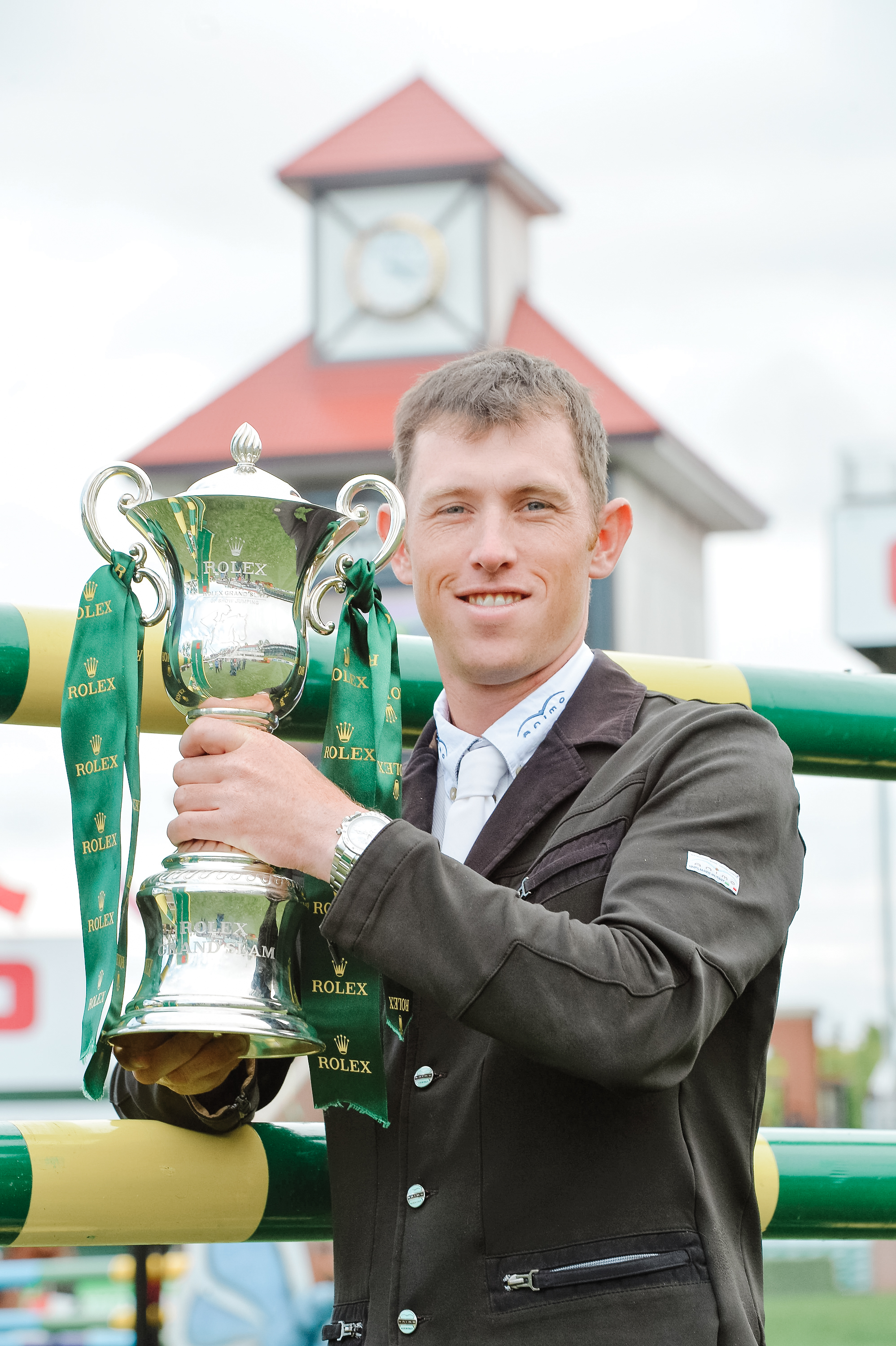 “I did not actually think it could be done. This means everything to me.”

Sophie Mottu Morel, General Director of CHI Geneva and past Chair of the Rolex Grand Slam Steering Committee, remarked, “The four tournaments that comprise the Rolex Grand Slam of Show Jumping not only have a natural synergy, but also a mutual respect for each other’s remarkable achievements, distinct character, and history.

The collective desire and vision of all of the organizers to combine and continue to build on this wildly successful concept seemed like the natural thing to do. "In just a few years, the Rolex Grand Slam of Show Jumping has become the sport’s ultimate achievement, setting standards of excellence and performance for the sport worldwide."

The Idea Behind It

Additional factors such as tradition, attendance figures, media presence and the infrastructure of the shows must also demonstrate the highest standards. Only events that are prepared to strive for top-class quality in all areas are able to join the ranks of the Rolex Grand Slam.

The targeted fostering of young talent is also a part of the Rolex Grand Slam. Two young riders are invited to each of the four shows – in order to gain experience on the top level of our sport.

The system of the Rolex Grand Slam is simple: Anyone, who wins three shows in a row, receives 1 million Euros on top of the prize money of each show. If that same rider then continues their success by winning a fourth Major in succession, they will be rewarded with an additional 1 million Euro bonus. Moreover, anyone who wins two out of the four shows also receives a bonus.  If two shows are won in succession, the bonus is 500,000 Euros. If the rider is successful in qualifying for the “Two out of four-mode”, but doesn’t claim the victories at two consecutive shows, the bonus total 250,000 Euros.  It is only the rider that counts. It is possible to claim the bonus riding different horses. This system is infinite, it is not limited to a calendar year. It is a never-ending story. 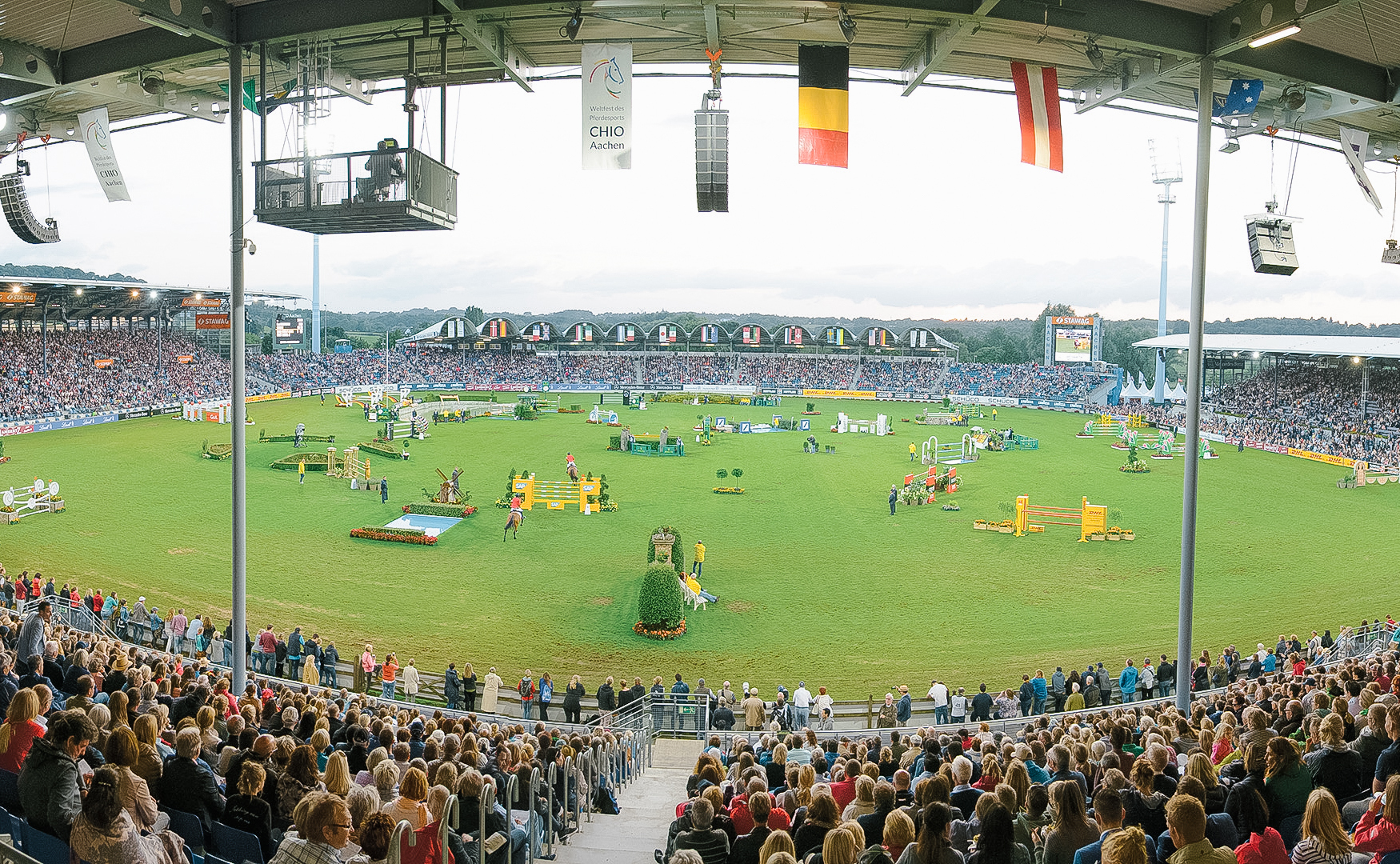 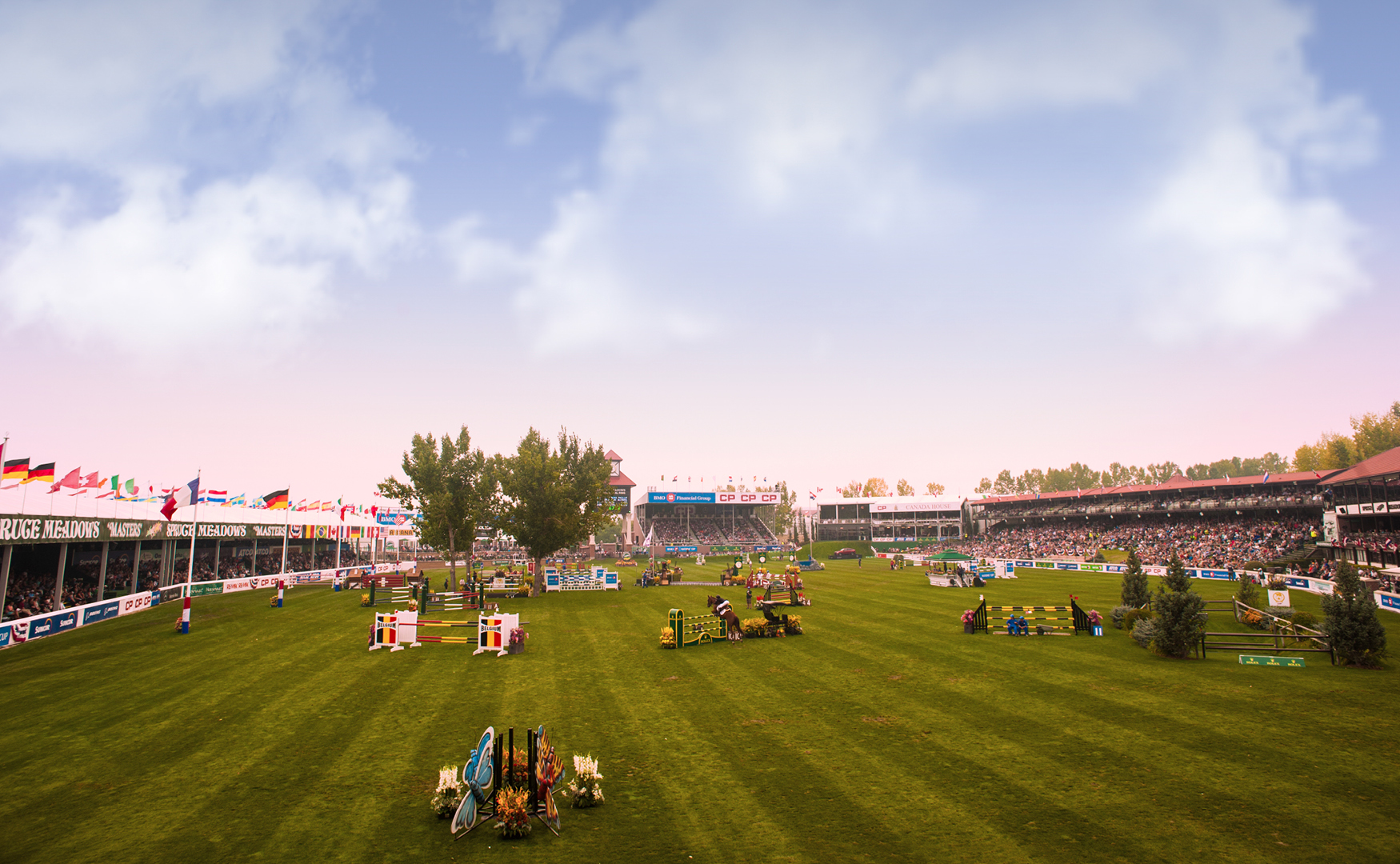 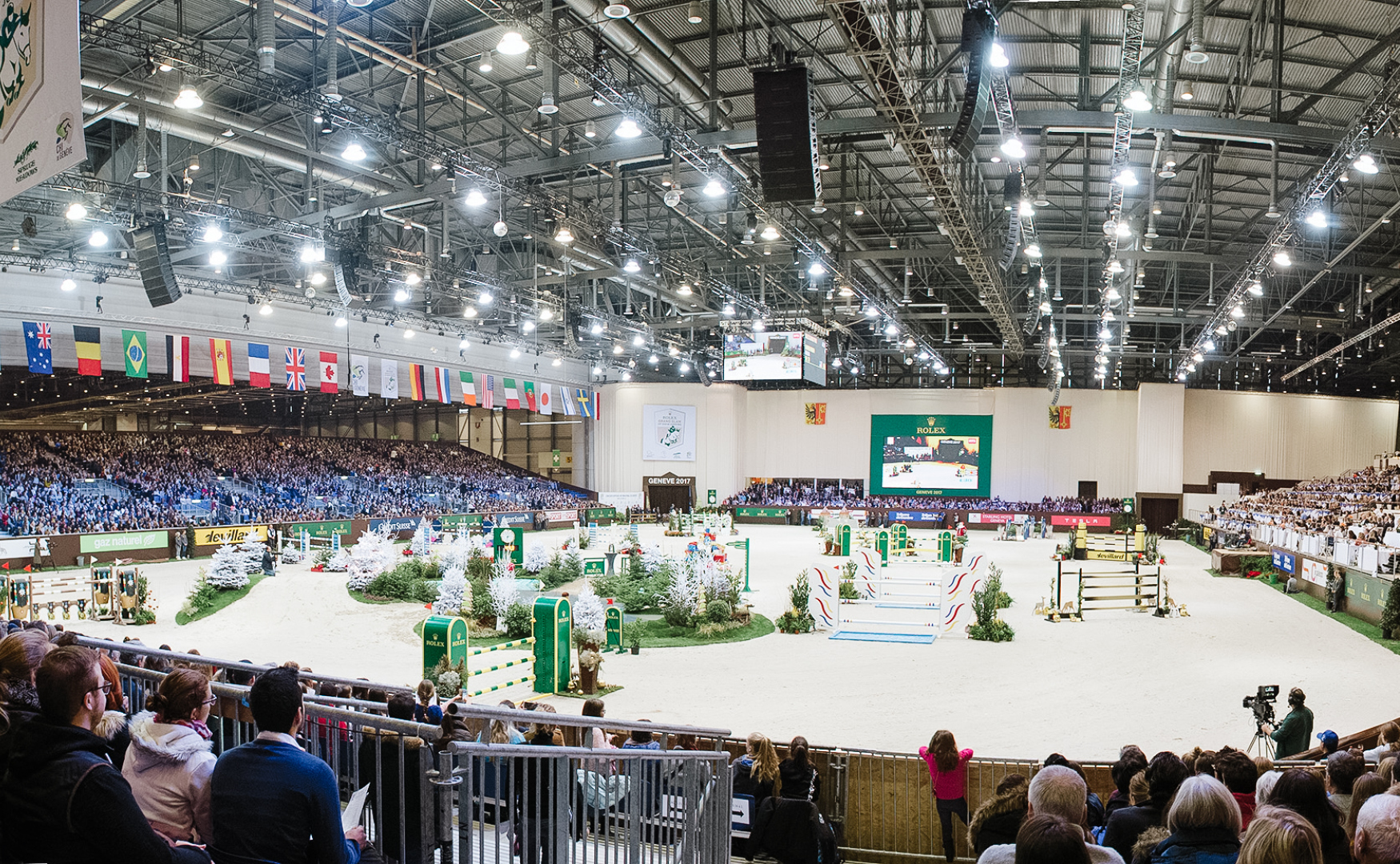 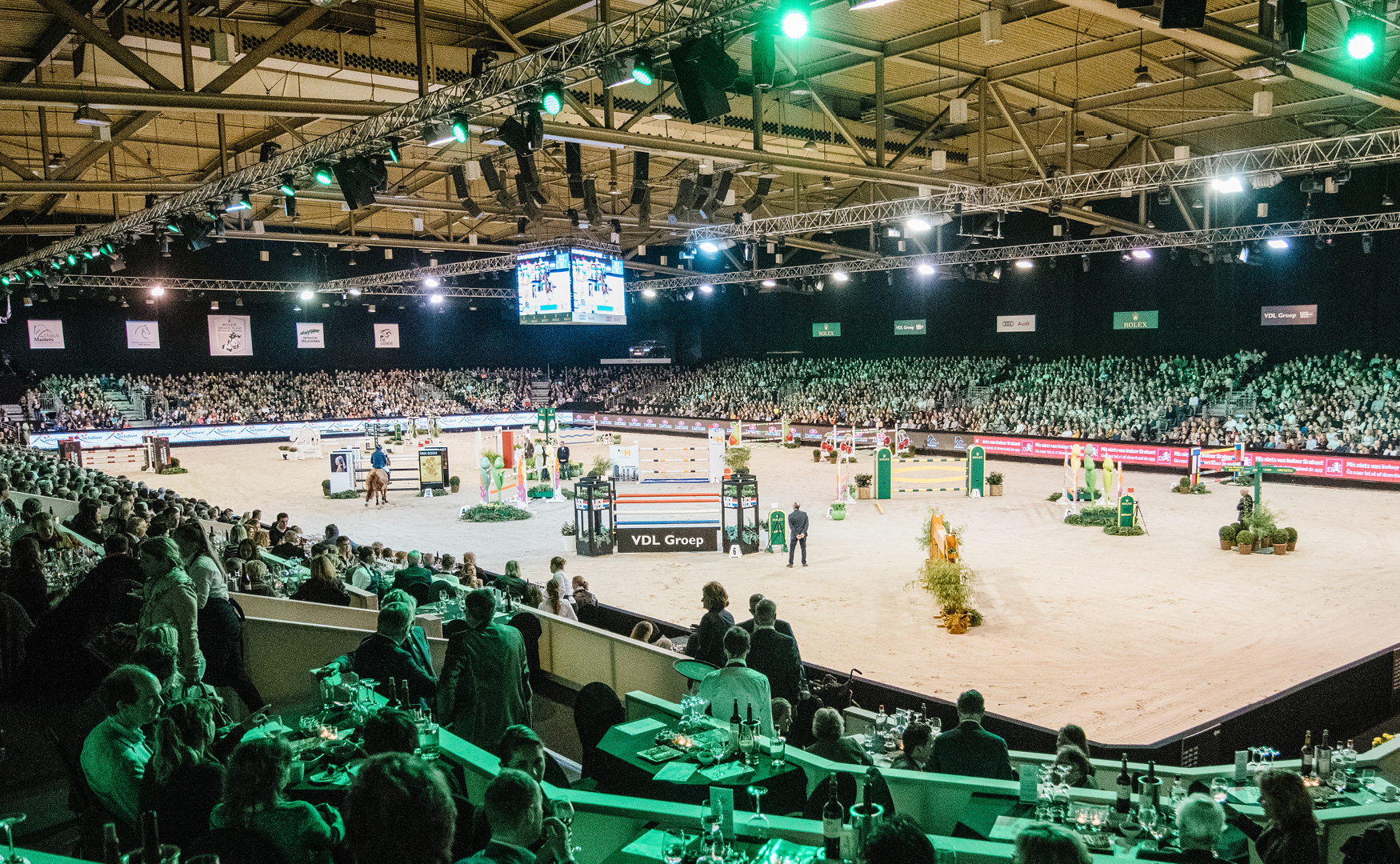