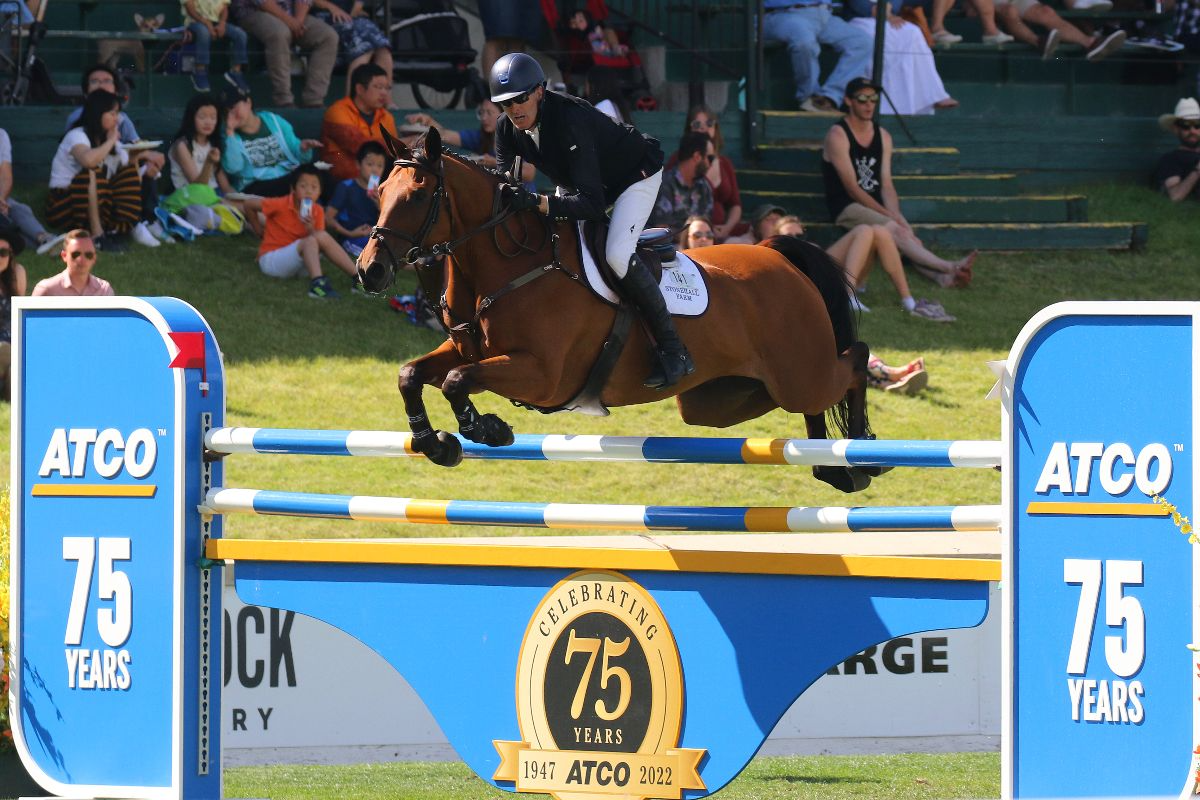 Spruce Meadows (July 9, 2022) - It was a beautiful day at Spruce Meadows for the ATCO Queen Elizabeth II Cup. Thirty-one horse/rider combinations qualified for the two round grand prix hoping to get a piece of the $500,000 purse. At the completion of the first round, the top twelve entries returned for the second round of competition in reverse order of merit from the first round. For those tied on faults for first place after two rounds, a jump off would take place to determine the champion.

It was a fair, but challenging first round track with seven clears and five quick four-fault rounds making up the top twelve athletes who advanced to round two. The second round asked riders and horses to complete an additional 446m of track and 10 obstacles (13 jumping efforts) in under 67 seconds. It was a real test.

Many veteran Spruce Meadows riders, and former champion started the event. As the cream rose it was Spruce Meadows rookie Paul O'Shea (IRL), that posted one of the seven clears to advance to round two. He set up his horse Imerald Van't Voorhof for success completing the second round on a single time fault. Today that was and incredible result and good enough for the win in a hard fought battle. Mexican riders Eugenio Garza Perez and Patricio Pasquel both carried four faults into round two, but clear round in round two placed them in second and thirds respectively.

"He's a great water jumper (Imerald Van't Voorhof) and very brave. I had a feeling if I brought him here he would excel." Paul O'Shea on bringing his horse to Spruce Meadows for the first time. 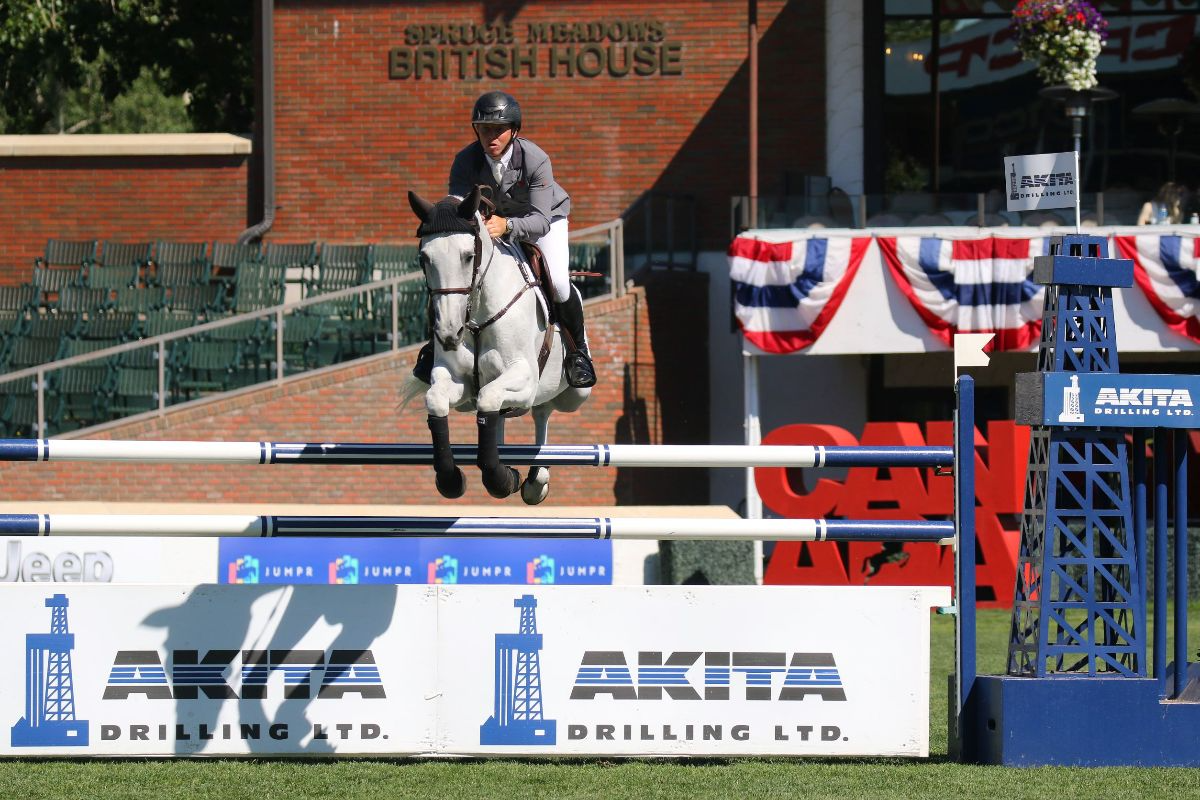 Five nations were represented in the winning round including #4 ranked rider in the world Conor Swail (IRL). Swail laid down a quick clear winning round in a time of 42.65s however Matthew Sampson (GBR) was determined to continue his winning ways aboard Ebolensky. Sampson sailed through the finish line with a lightning fast time of 41.81s marking his tenth win during the 2022 Spruce Meadows Summer Series. 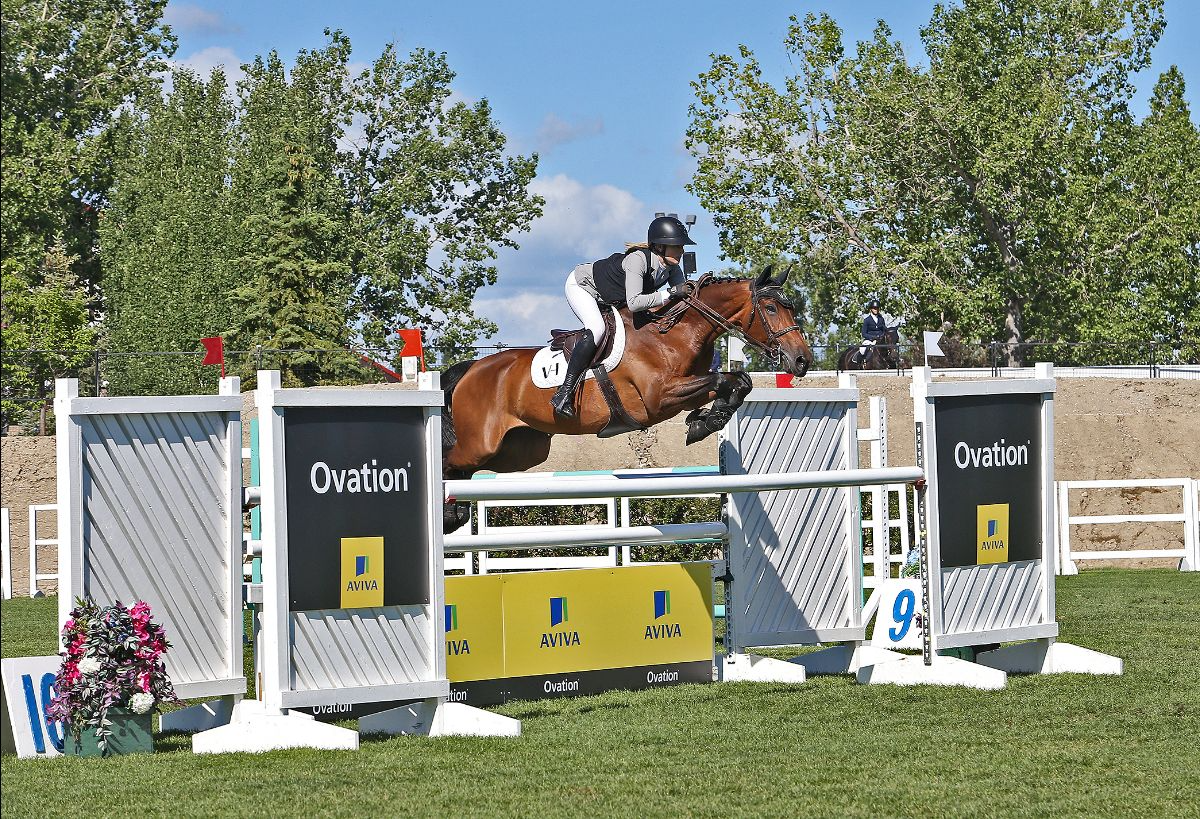 The $20,000 Aviva Ovation Winning Round was the final 1.40M competition of the Spruce Meadows Summer Series. The top 35 riders from competitions earlier in the week qualified to compete in the first competition of the day. The top ten placed riders from the first round returned for the Winning Round in reverse order of merit. It was truly a "North American" winning round with the top ten riders fielding from either Mexico, Canada or the United States.

Last to go in the Aviva Ovation Winning Round was Canadian rider Kara Chad aboard Ballinaguilkey Quality but her clear round time of 50.09s was only good enough to tie for second place with Patricio Pasquel of Mexico. The win remained with Vanessa Hood of the United States aboard Lou Lou VLS who posted a clear winning ride with a time of 67.14s.