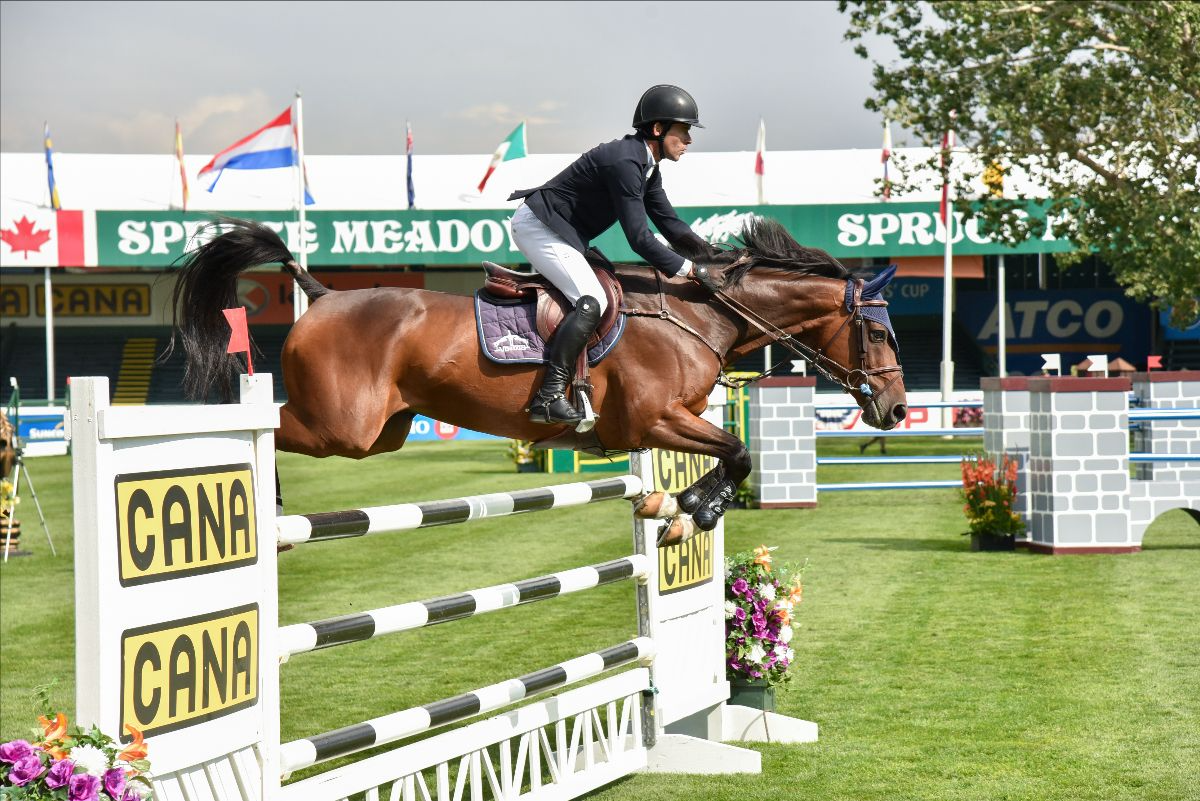 Spruce Meadows (September 8, 2022) - Over 35 entries were slated to compete in the CANA Cup 1.60m to round out Thursday of the Spruce Meadows 'Masters' CSIO5*. It was a competitive field filled with Olympians, World Champions and some familiar 5* Grand Prix Champions from the 2022 Spruce Meadows Summer Series. The challenging course was 510m in length, over 12 obstacles (15 jumping efforts) and had to be through the finish line in 77seconds or less. Six of the horses and riders passed all the tests on course by FEI Course Designer Leopoldo Palacios (VEN), and advanced to the jump off.

The 4th ranked rider in the world, Conor Swail (IRL), is no stranger to Spruce Meadows and aboard his newer partner Count Me In, took out all of the stops. The pair were the only ones to leave all the fences up in the jump off and sailed through the finish line in a time of 43.46s.

“Today is a very important day for me. It’s important to get things done early and to get qualified then have a couple of days to relax and think about it ahead of Sunday. I’ll give them another round tomorrow, but it’s important to get those rounds in and getting the horses comfortable and giving them a good rest before we have to pull out all of the stops on Sunday.”

Swail is now qualified for the Sunday's CP 'International', presented by Rolex - one of few Spruce Meadows victories that have eluded him. 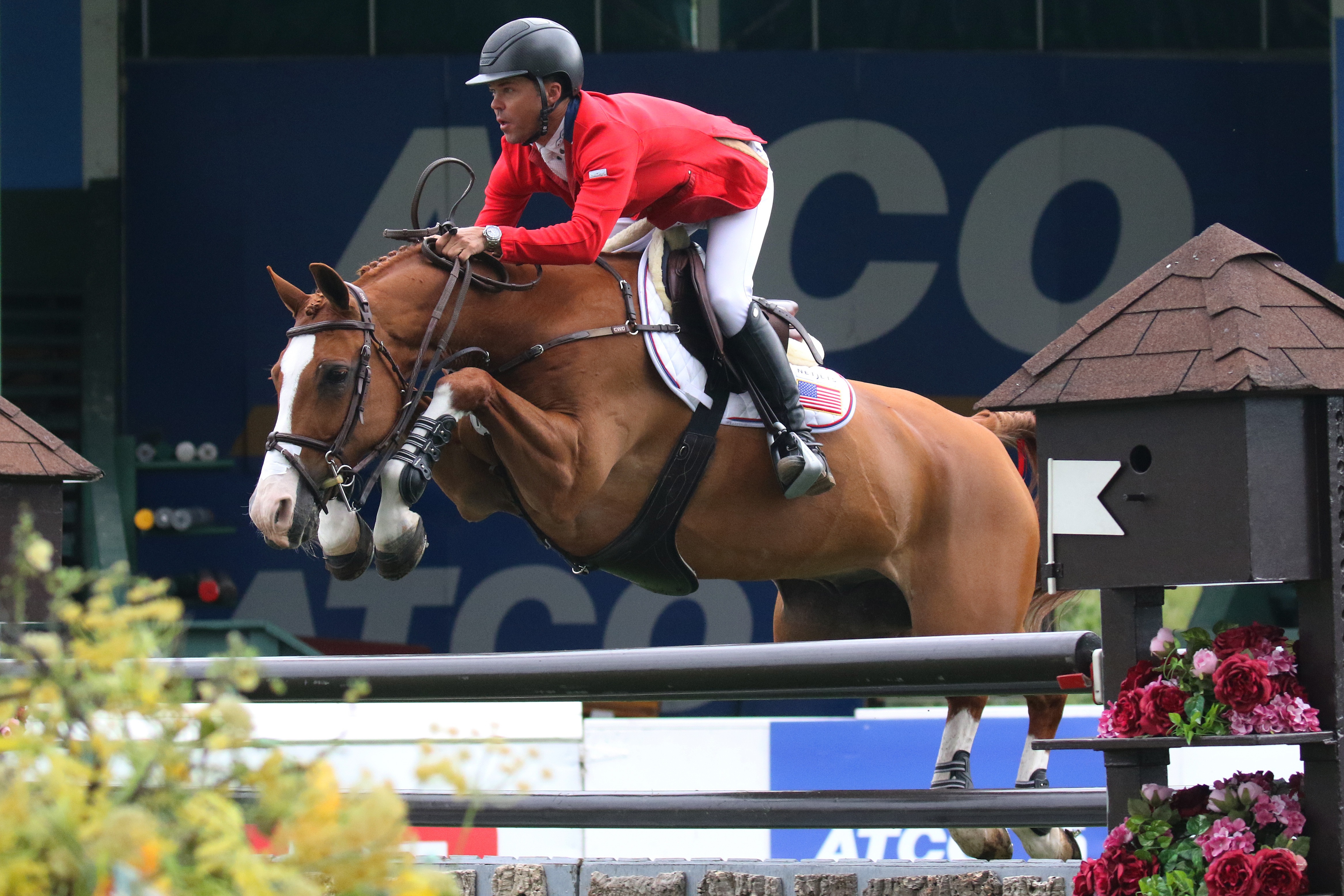 The ATCO Cup 1.50m kicked competition off for those horses competing in the CSIO5* portion of the 'Masters' Tournament. Over 60 horse/rider combinations made their way through the Clock Tower on the International Ring hoping to use their result from this competition to qualify for the CP 'International', presented by Rolex on Sunday.

Spruce Meadows suspended competition upon receiving news out of Buckingham Palace of the pasting of her Majesty, Queen Elizabeth II. Following a brief citation honouring her majesty, there was a moment of silence and the flags of Canada and the Commonwealth were lowered to half mast throughout the property.  The passing of Her Majesty also meant that the Household Cavalry, The King’s Troop Royal Horse Artillery and the Band of the Household Cavalry, all participating at this year’s ‘Masters’ were recalled immediately to Great Britain for State duties.

Fourteen pairs passed all the tests laid out by FEI Course Designer, Leopoldo Palacios (VEN), in round one advancing to the jump off. Twelve nations were represented in the jump off, but today's victory belong to Spruce Meadows veteran and former world #1 Kent Farrington (USA). Riding the chestnut gelding Creedance, the pair crossed the finish ling in a time of 43.94s and could not be caught. 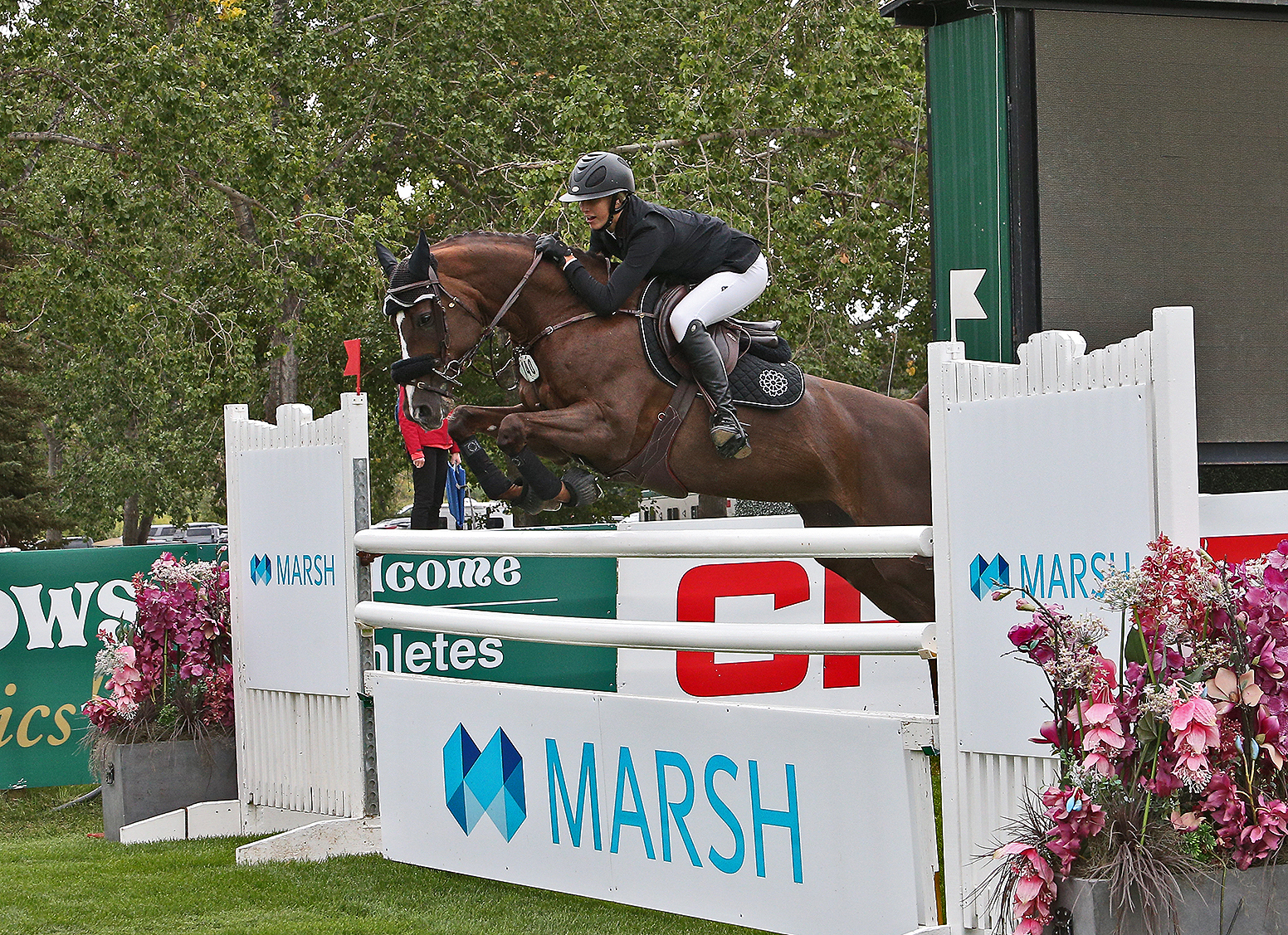 The All Canada Ring was full of action for the second day of the Spruce Meadows 'Masters' Tournament. The track for  Marsh Canada Cup 1.45m jump off competition was designed by Canadian FEI Course Designer Peter Grant. Athletes were challenged over 525m of track with 12 obstacles (15 jumping efforts) all under the time allowed of 84 seconds. Only two horses/rider combinations passed all the tests to make it to the jump off. The first victory of the day belonged to Natalie Dean (USA) and Cocolina who's winning jump off round was clear in a time of 34.69s. 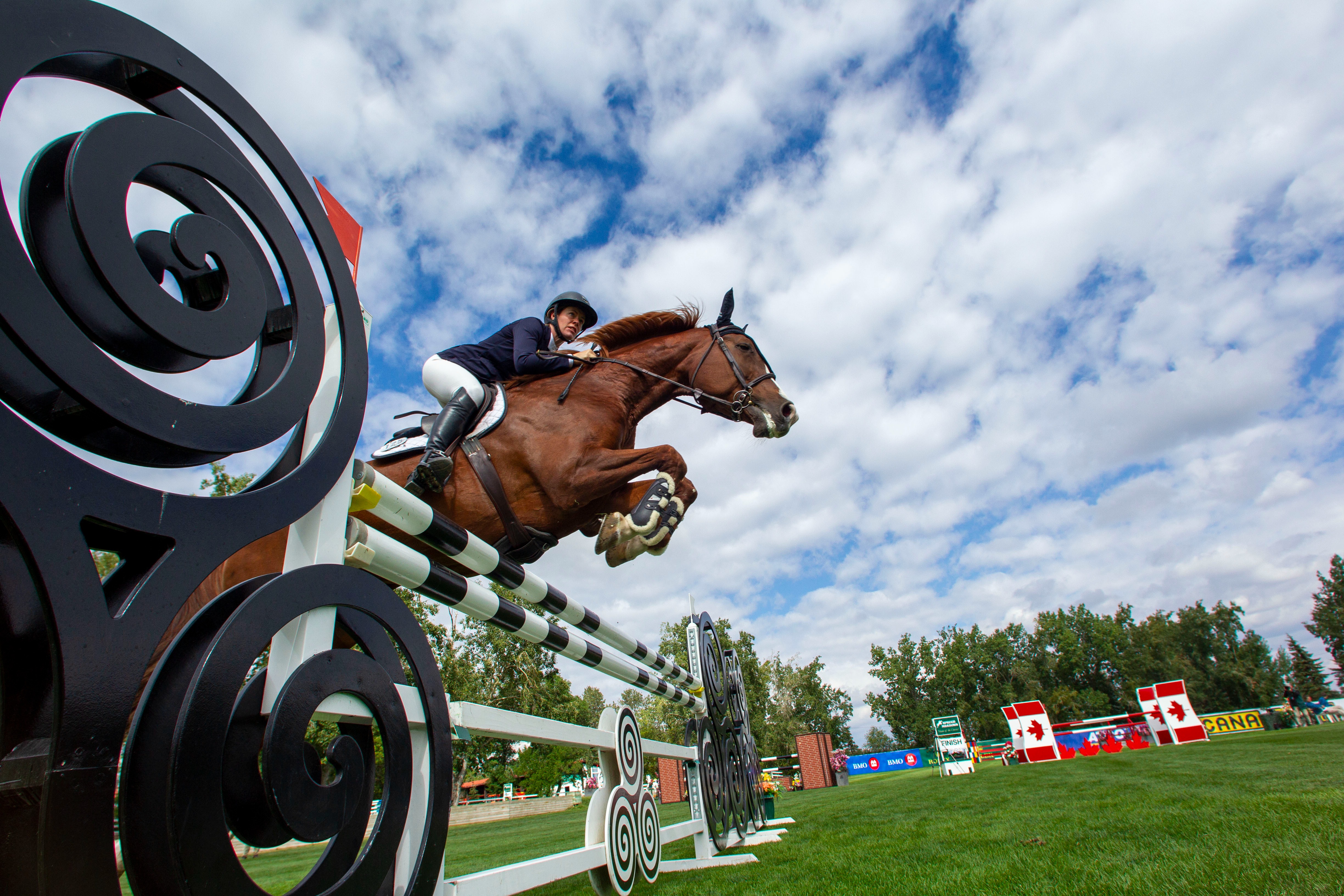 The Richardson Wealth Cup 1.30m was the second competition of the day. Six athletes advanced into the jump off and this win belonged to Canada. Madeline Riddle riding Fair Katie VDH galloped through the finish line in a time of 45.16s and could not be beat. 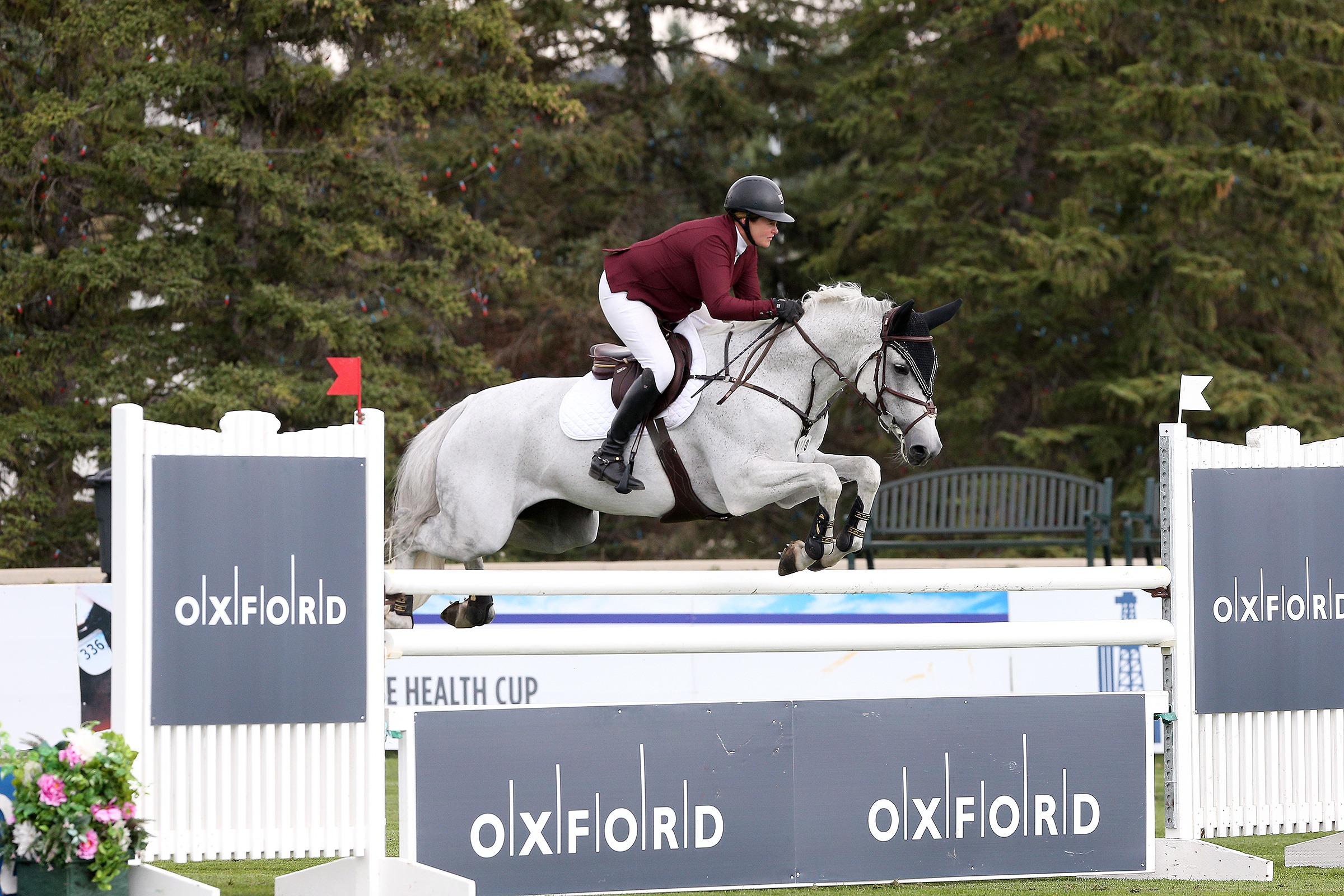 The Oxford Properties Cup 1.40m was the final competition of the day on the All Canada Ring. Three combinations made it through to the jump off and Canada's Shauna Cook rode the fastest clear ride in a time of 39.43s. Aboard Caya, the pair were unbeatable and had their moment in the winner's circle.

The Spruce Meadows 'Masters' has something for everyone. In addition to top international show jumping, spectators and fans alike are able to enjoy shopping over 70 vendors and original fine art, equine inspired demonstrations, FireFit Championships, live music, entertainment and pageantry throughout the week*. The grounds have been decorated to the nines with classic cars and carriages, fresh cut flowers from Holland and photo op spaces for all those Instagram worthy moments. 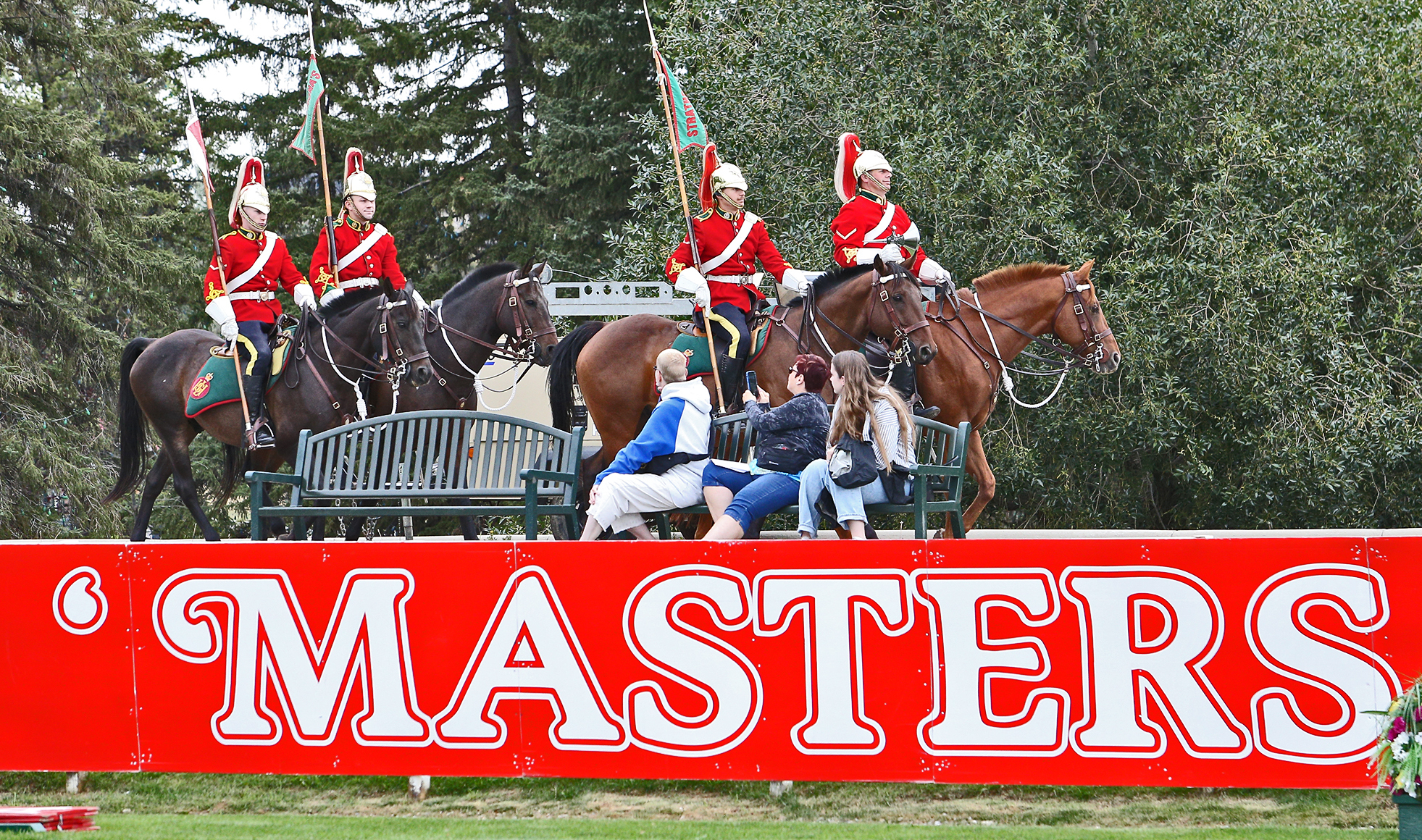 The Horizon's Pavilion will host a Gin Bar surrounded by artists and their original fine art while the Equi-Plex will feature a unique shopping experience and the Skyline Lounge  - both locations will be open daily throughout the 'Masters'.

A number of demonstrations will be taking place throughout the week including dressage demonstrations by Canadian Dressage CDI winners Ryan Torkkeli and Pia Fortmuller and vaulting demonstrations by Diamond Willow Vaulting Club. On Friday, September 9 the Equi-Plex will also be home to the wildly popular BMO Nations' Cup Team Autograph Session from 1:30pm-2:30pm. It’s a special time for the fans to meet the stars of the sport. 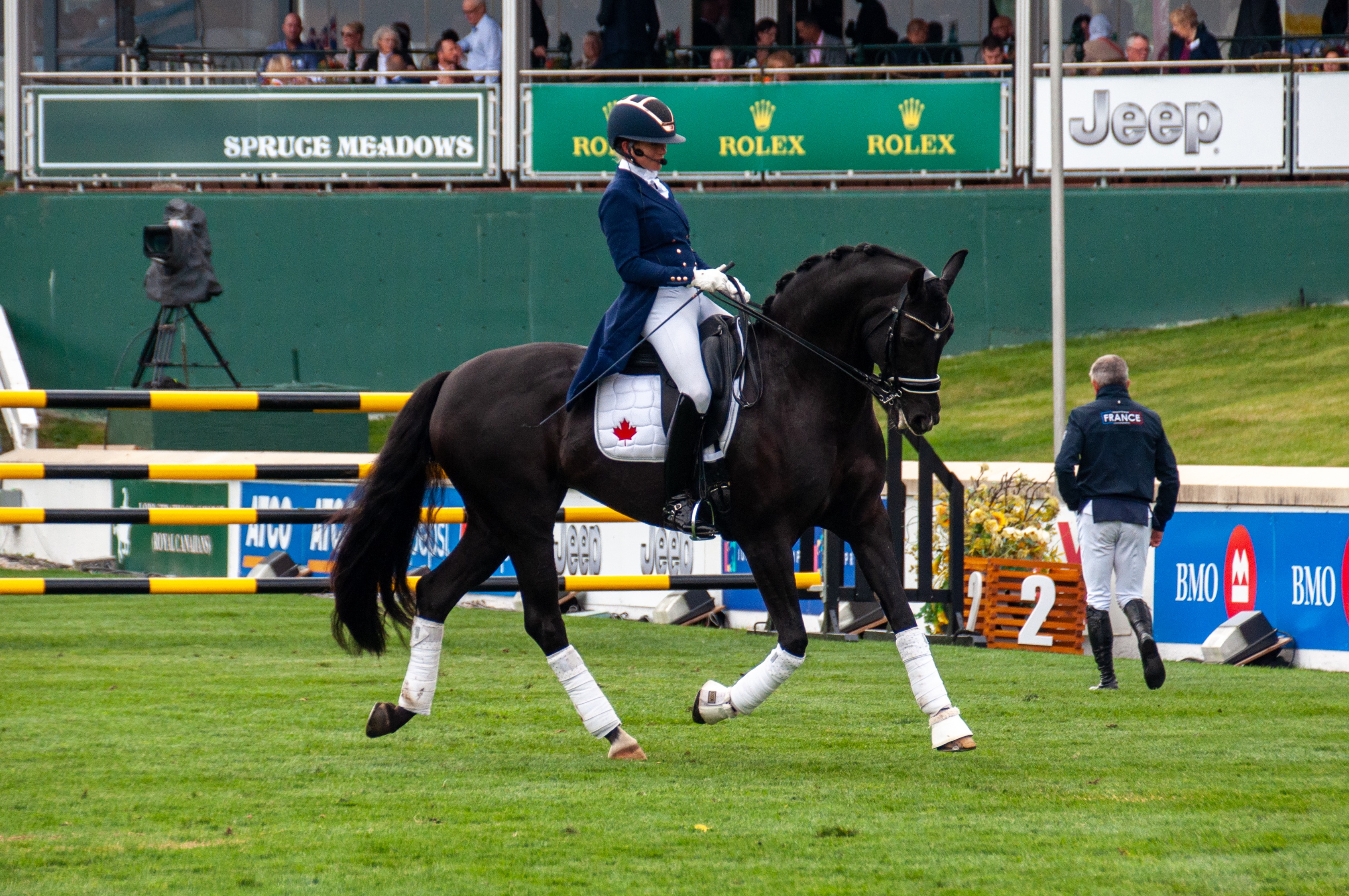 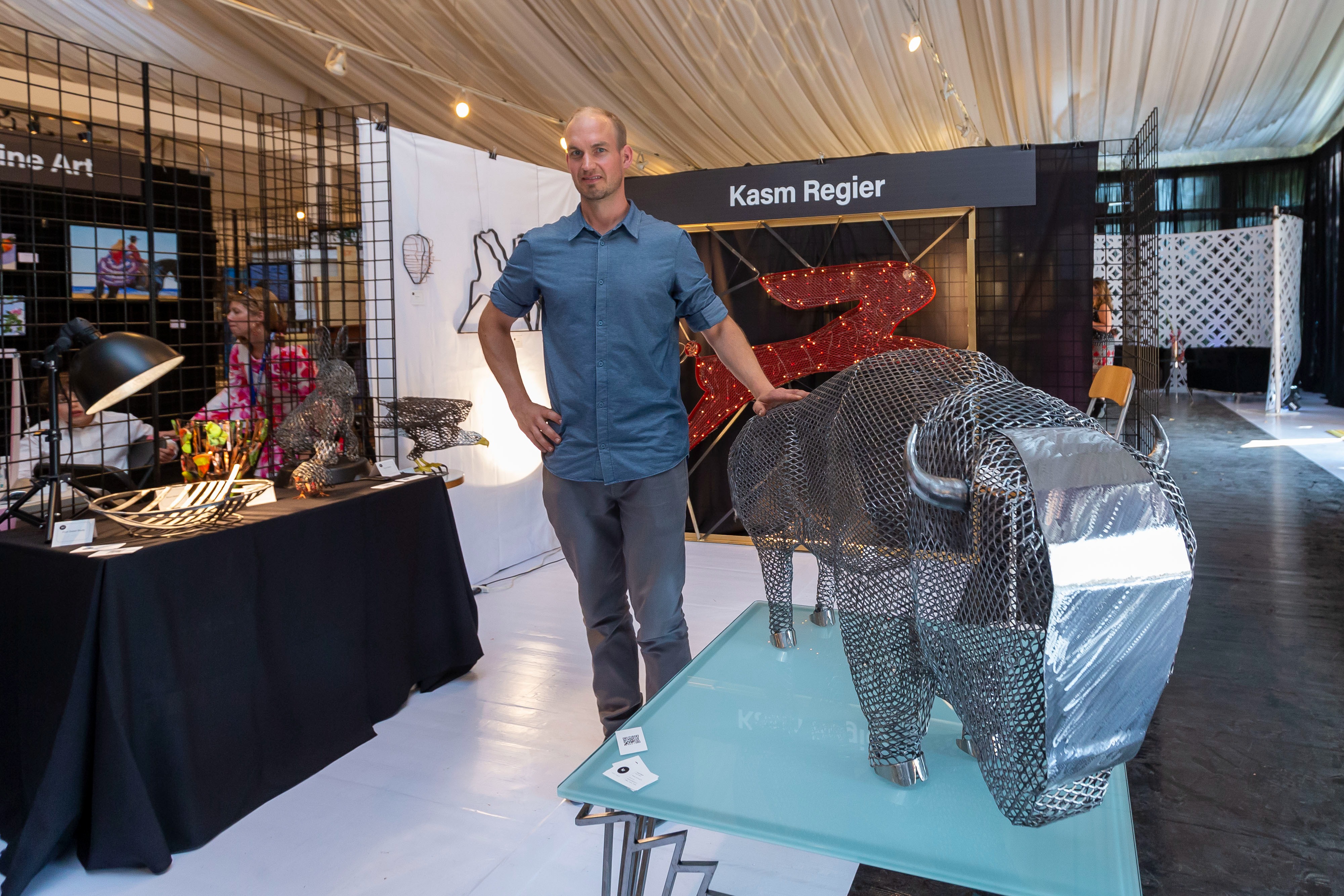 Don't miss out on this year's Spruce Meadows 'Masters' - for more information and to get tickets visit www.sprucemeadows.com.