The 2022 WestJet Evening of the Horse


The 2022 WestJet Evening of the Horse 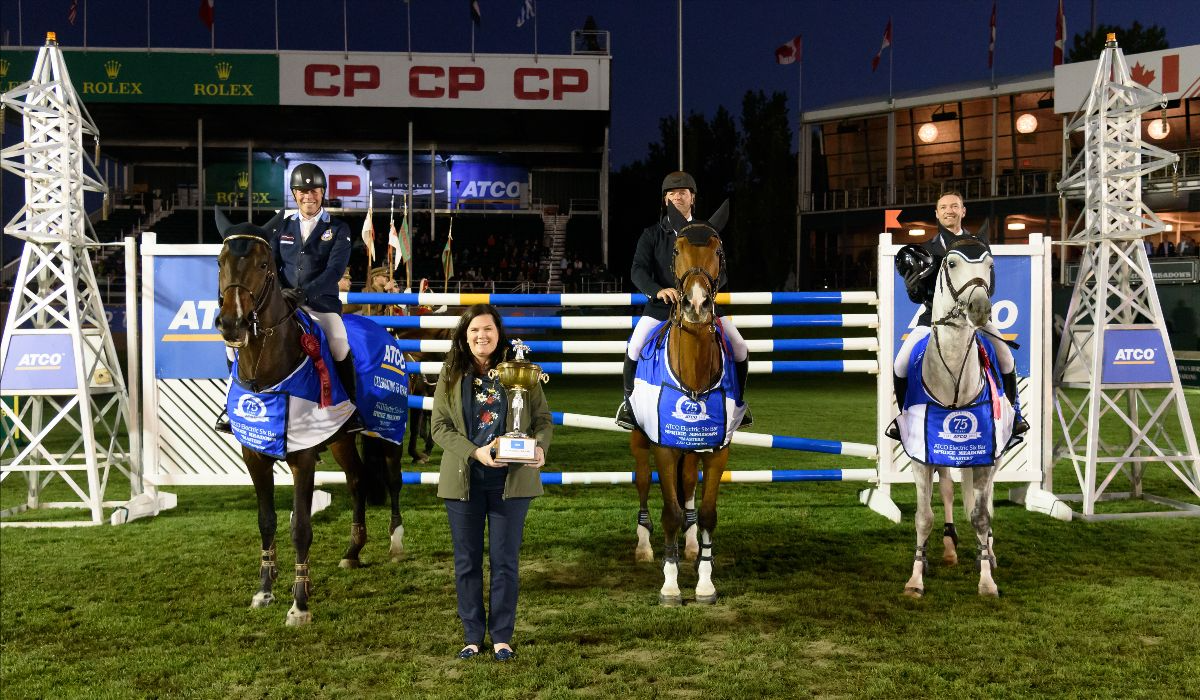 WestJet Evening of the Horse

Spruce Meadows (September 9, 2022) - The ATCO Electric Six Bar is a fan favourite event on Friday of the Spruce Meadows 'Masters'. The "high jump" for horses competition had eight entered, including defending champion, Brian Morton (CAN). In the first round, all eight entries made it through without touching a rail, including the final fence which was set at 1.70m. By the end of round three, Max Kuhner (AUT), Rowan Willis (AUS) and Pius Schwizer (SUI) were no longer in the running for top spot. Round four had the final fence at a height of 1.90m and two more riders unable to complete the task.

The final round, with a final fence height of 1.95m, had three riders up to the task. Defending champion Brian Morton (CAN) , Jens Fredrickson (SWE) and Kyle King (USA). Each of the three riders soared over the final fence to tie for first. Fans were then treated to a top level dressage demonstration by Ryan Torkkeli (CAD) and Pia Fortmuller (CAD) under the lights followed by a drone show. 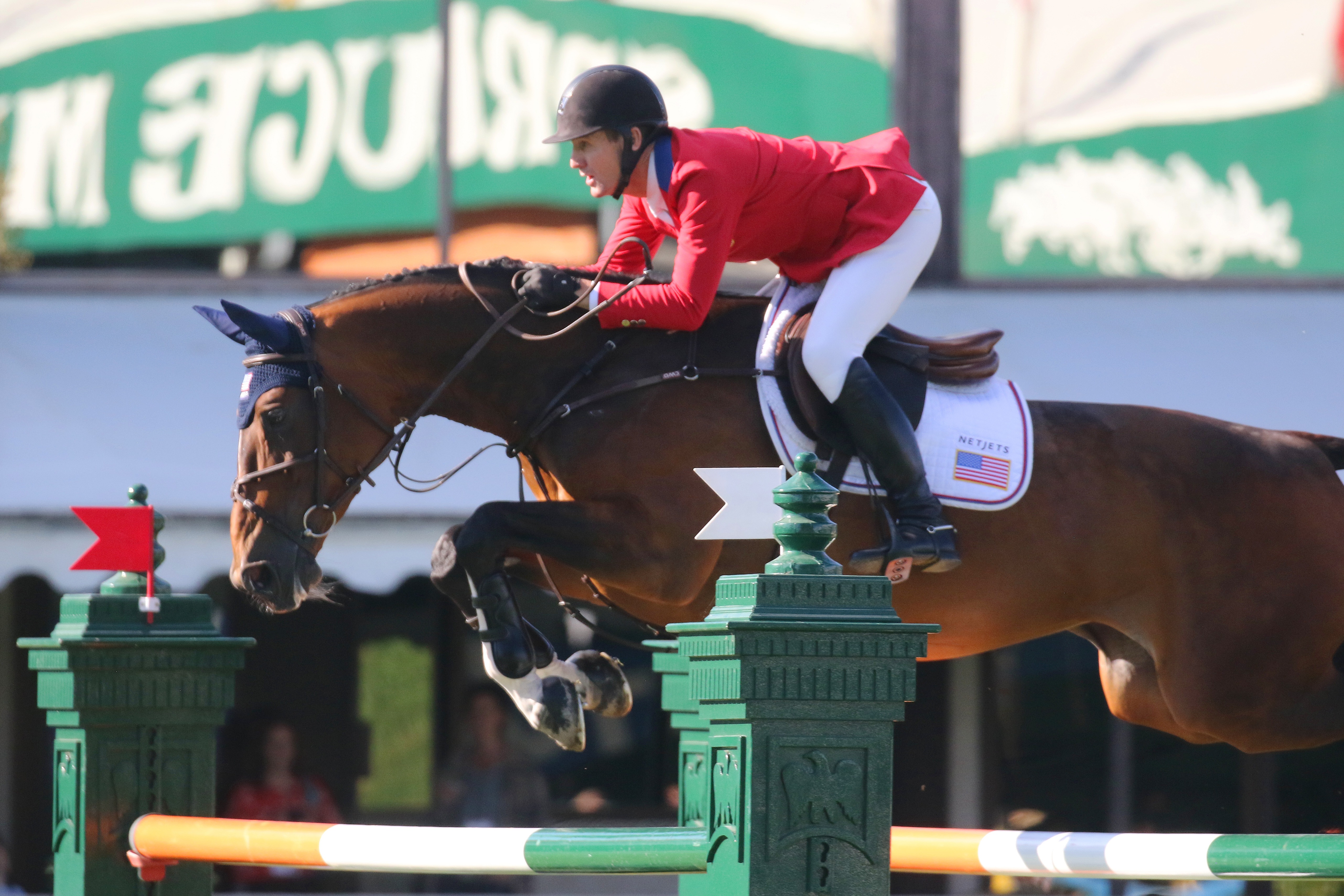 The Tourmaline Oil Cup 1.60m was the final competition, for athletes not competing in the BMO Nations' Cup, to qualify for the the CP 'International', presented by Rolex on Sunday. Over 50 competitors stepped through the iconic Clock Tower onto the International Ring to take on the challenging track designed by FEI Course Designer Leopoldo Palacios (VEN). Over the track with 12 obstacles (15 efforts), only six of athletes, representing six nations, passed all the tests to advance to the jump off. Today, victory belonged to the United States. Veteran rider McLain Ward aboard his championship horse, HH Azur, were in top form. The pair sailed over the final fence in a time of 40.74s and could not be caught.

"It is exactly what you expect at Spruce Meadows. Leopoldo (Palacios) has to deal with the top horses and riders in the world." McLain Ward (USA) on coming and competing at the Spruce Meadows 'Masters'.

This afternoon on the International Ring the top riders out of the 'Masters' CSI3* competed in their final event of the week, the Enbridge CSI3* Grand Prix 1.50m. Seventeen riders were challenged by the 480m track that consisted of 12 obstacles (14 jumping efforts) that needed to be completed in a time of 77 seconds or less. Only two riders passed that test, the first of which was Natalie Dean (USA) who was also first into the ring of the first round. Aboard her winning mount Cocolina (the pair picked up a win yesterday in the All Canada Ring), they laid down an unbeatable clear round in a time of 37.73s 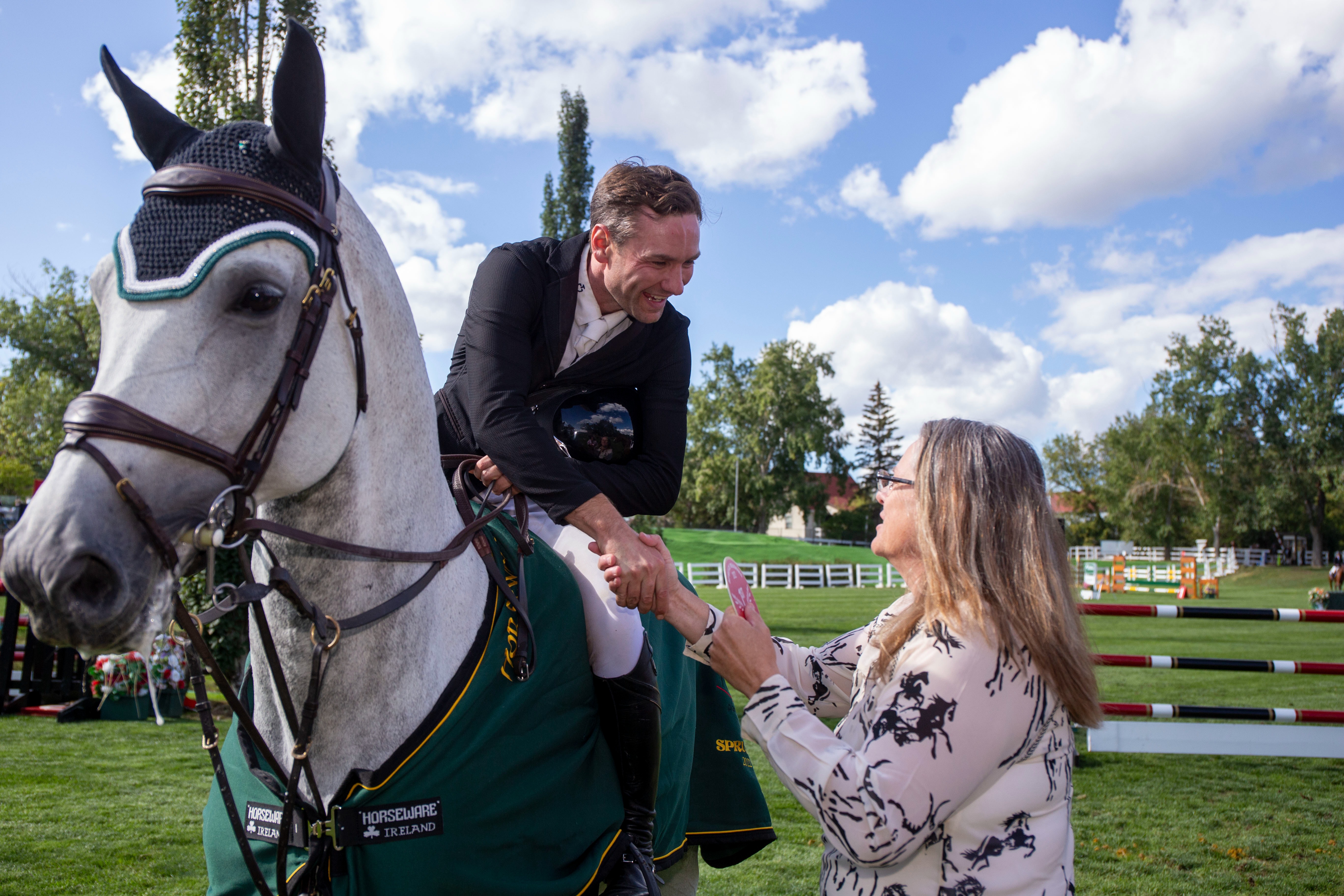 A Weekend of Fun

The Spruce Meadows 'Masters' has something for everyone. In addition to top international show jumping, spectators and fans alike are able to enjoy shopping over 70 vendors and original fine art, equine inspired demonstrations, FireFit Championships, live music, entertainment and pageantry throughout the week*. The grounds have been decorated to the nines with classic cars and carriages, fresh cut flowers from Holland and photo op spaces for all those Instagram worthy moments. 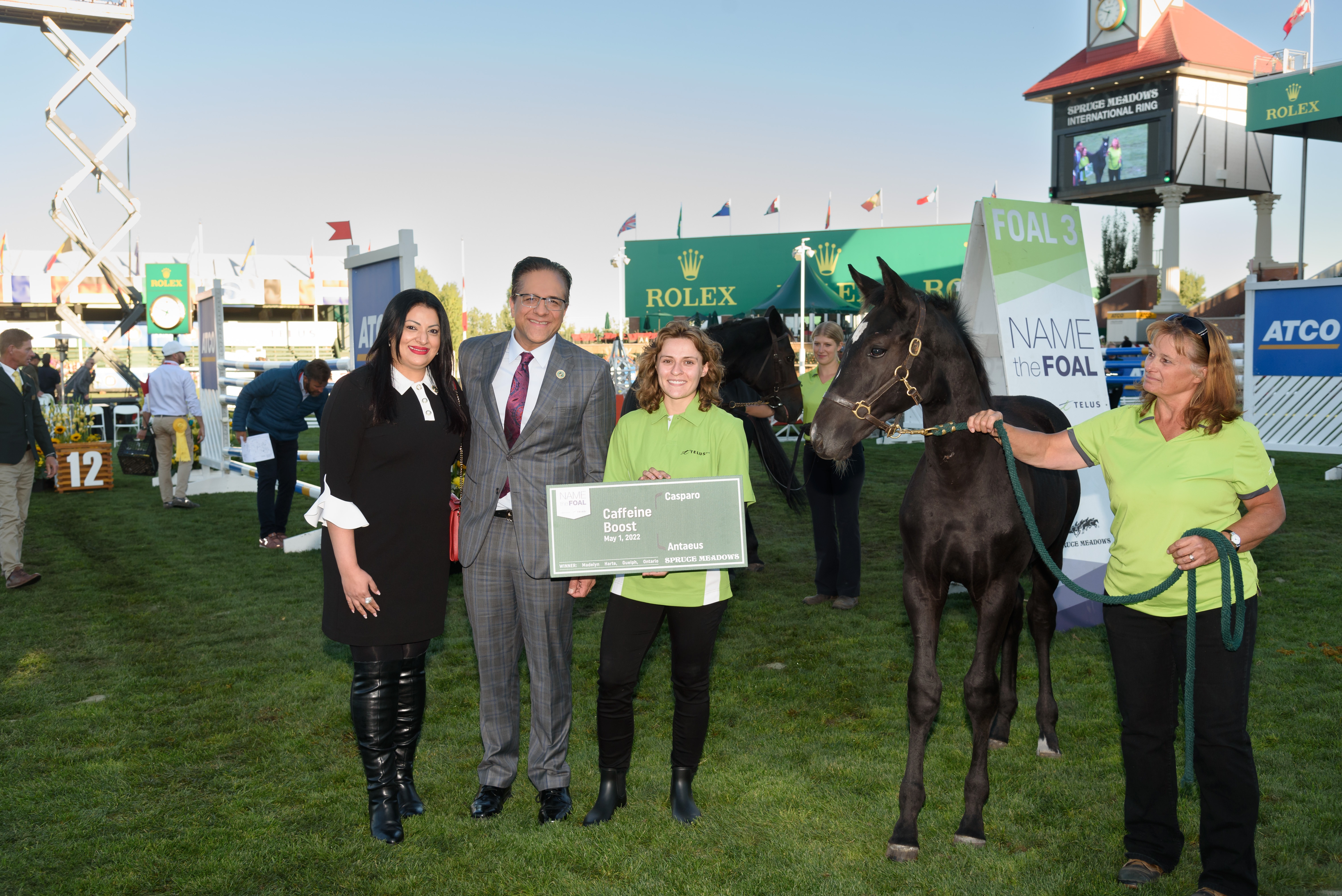 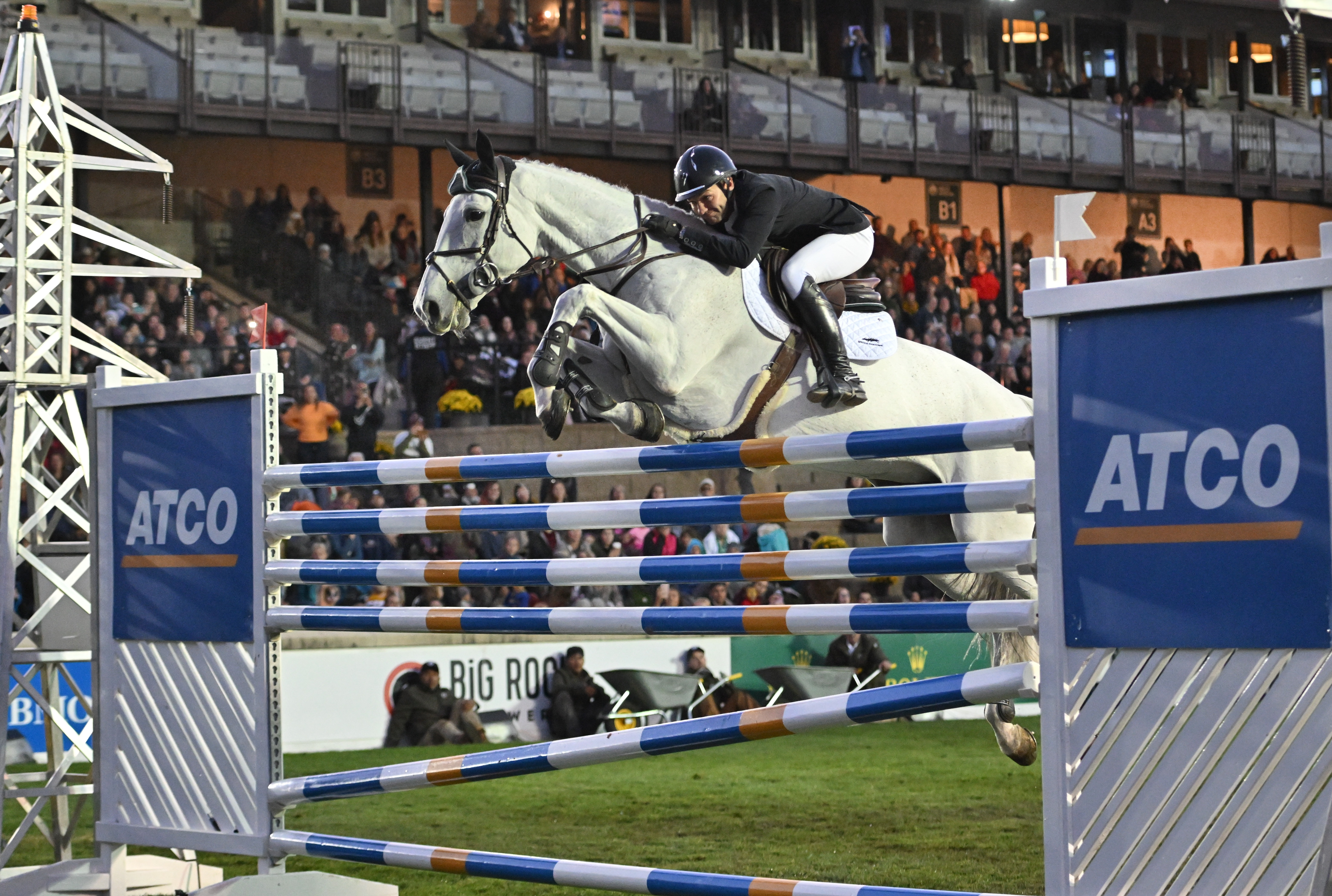 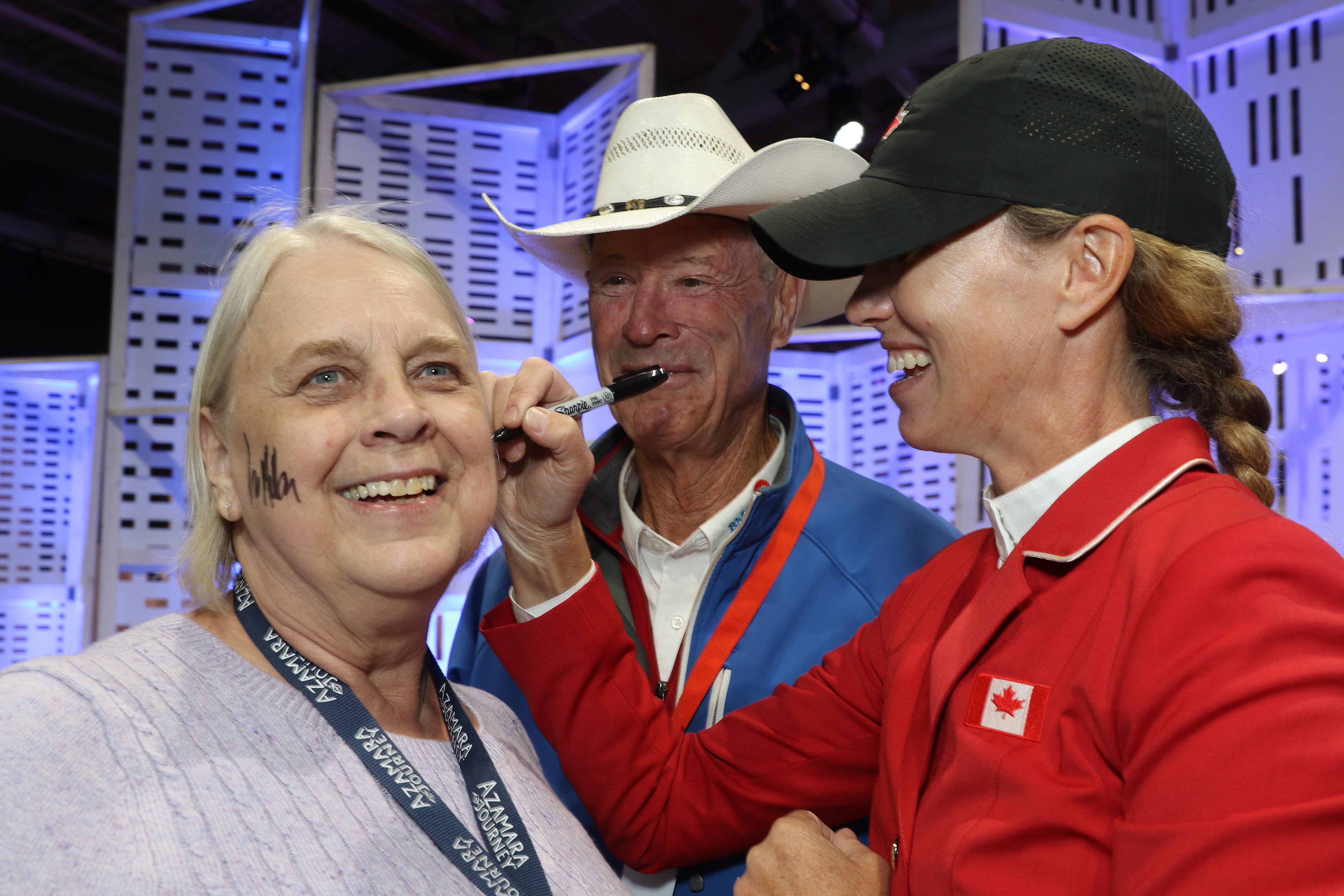