Saturday at the Spruce Meadows 'Masters'


Saturday at the Spruce Meadows 'Masters' 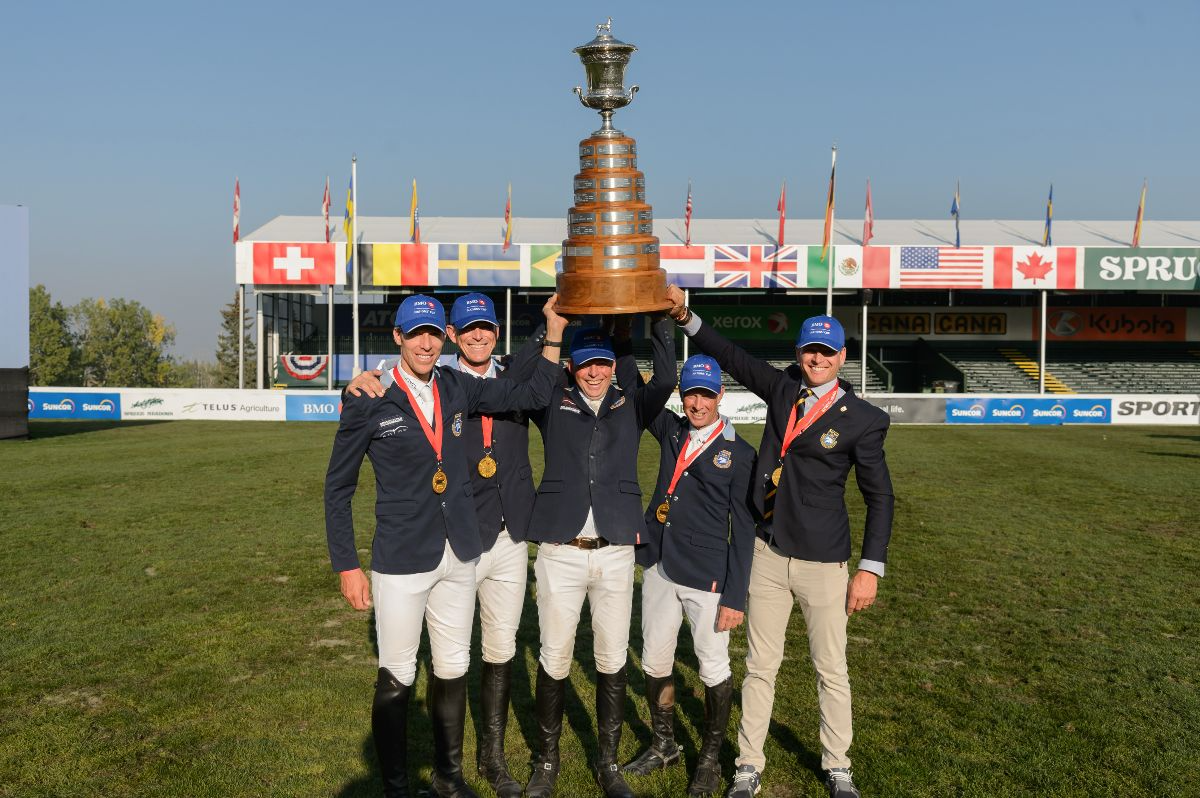 Spruce Meadows (September 10, 2022) - The grounds were packed for and exciting BMO Nations' Cup Day at Spruce Meadows. The International Ring was filled with fans from one end to the other ready to watch eight nations, including the reigning Olympic Gold Medal and World Championship Team Sweden, go head to head over a possible two rounds of competition, with some of the top nations including reigning BMO Nations' Cup winners, Team Canada. All eight nations take part in the first round of competition and the top six teams compete over the second round of competitions. Leopoldo Palacios (VEN) designed the 475m track that included 12 obstacles (15 efforts) including some well known fences, the Dutch Bicycle and Canada Planks - all needing to be completed in a time of 72 seconds or less.

After the first round of competition, Sweden, the Netherlands, Belgium, Switzerland, Mexico and Canada all qualified for the second round, leaving the United States of America and France to finish in 7th and 8th respectively. In the Nations' Cup competition, things can change fast. Scores were fairly close with the exception of Sweden and the Netherlands, who both came into round 2 with no faults. Switzerland sat comfortably on 7 faults, hoping that others would have faults. The unexpected elimination of Henrik von Eckermann (SWE) in round 2 meant that the remaining rider's scores would count. It took the final horse on course, to decide the placings, but with only a single rail during Peder Fredricson's (SWE) round 2 ride, the reigning Olympic Team Gold and 2022 World Championship Team Sweden took home the 2022 BMO Nations' Cup. Switzerland and the Netherlands would finish in second and third respectively.

"It's a bucket list thing, I think every show jumper in the world starts from the beginning and the world knows about something called Spruce Meadows, the 'Masters'. Just to come here and see it is one thing and to come here and fight for the trophy is another. it's so much work to get here, I'm super proud of the riders." - Henrik Ankarcrona, Chef d'Equipe of Team Sweden on coming to Spruce Meadows and their victory in the BMO Nations' Cup

Championship Sunday of the Spruce Meadows 'Masters' is tomorrow and the top 40 riders have qualified throughout the week for the CP 'International', presented by Rolex. The 3 million dollar two-round Grand Prix is the next leg of the Rolex Grand Slam of Show Jumping. Defending champion Steve Guerdat (SUI) and live contender Gerrit Nieberg (GER) along with a host of top ranked riders in the world will be pulling out all the stops hoping to make it to the winner's circle. 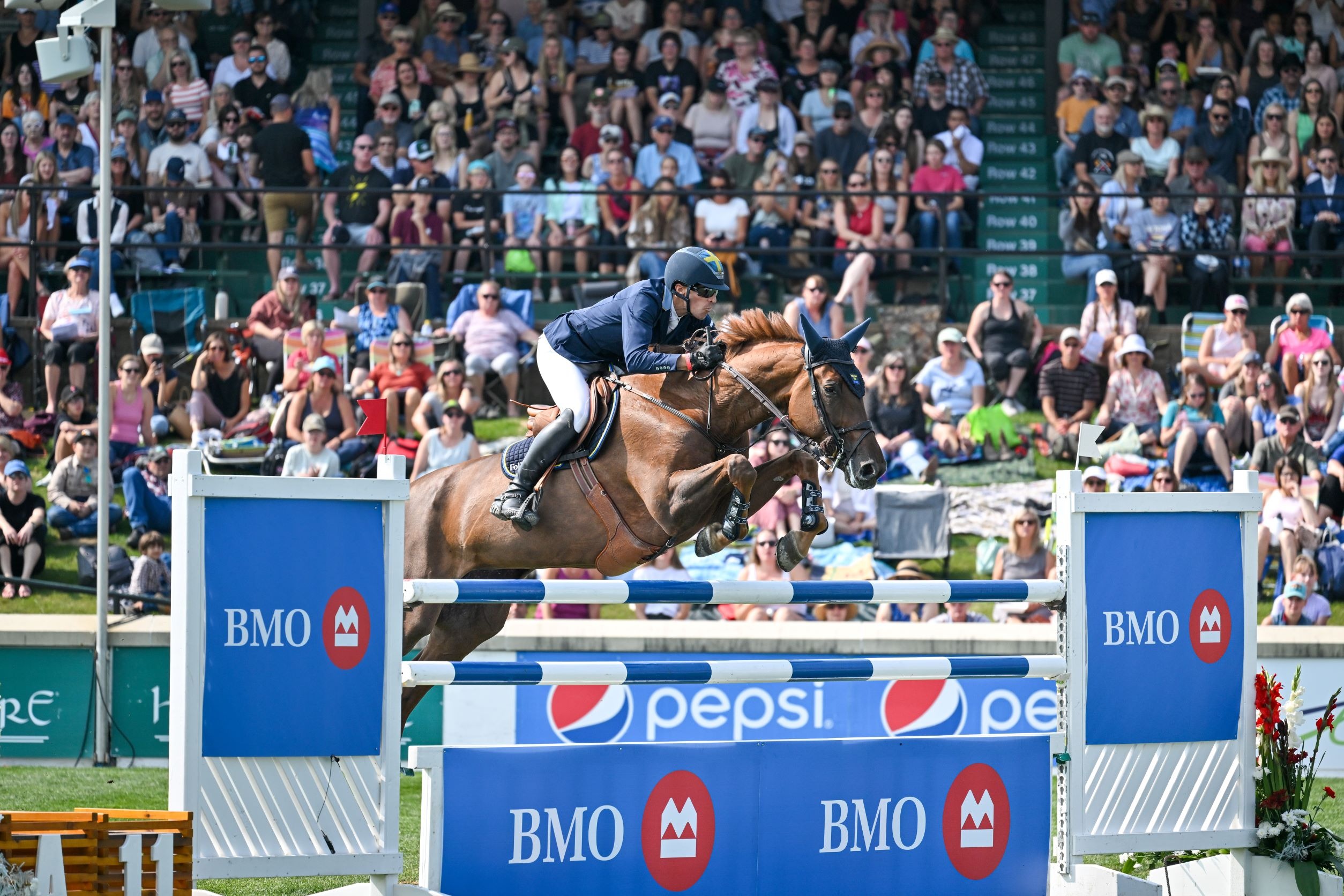 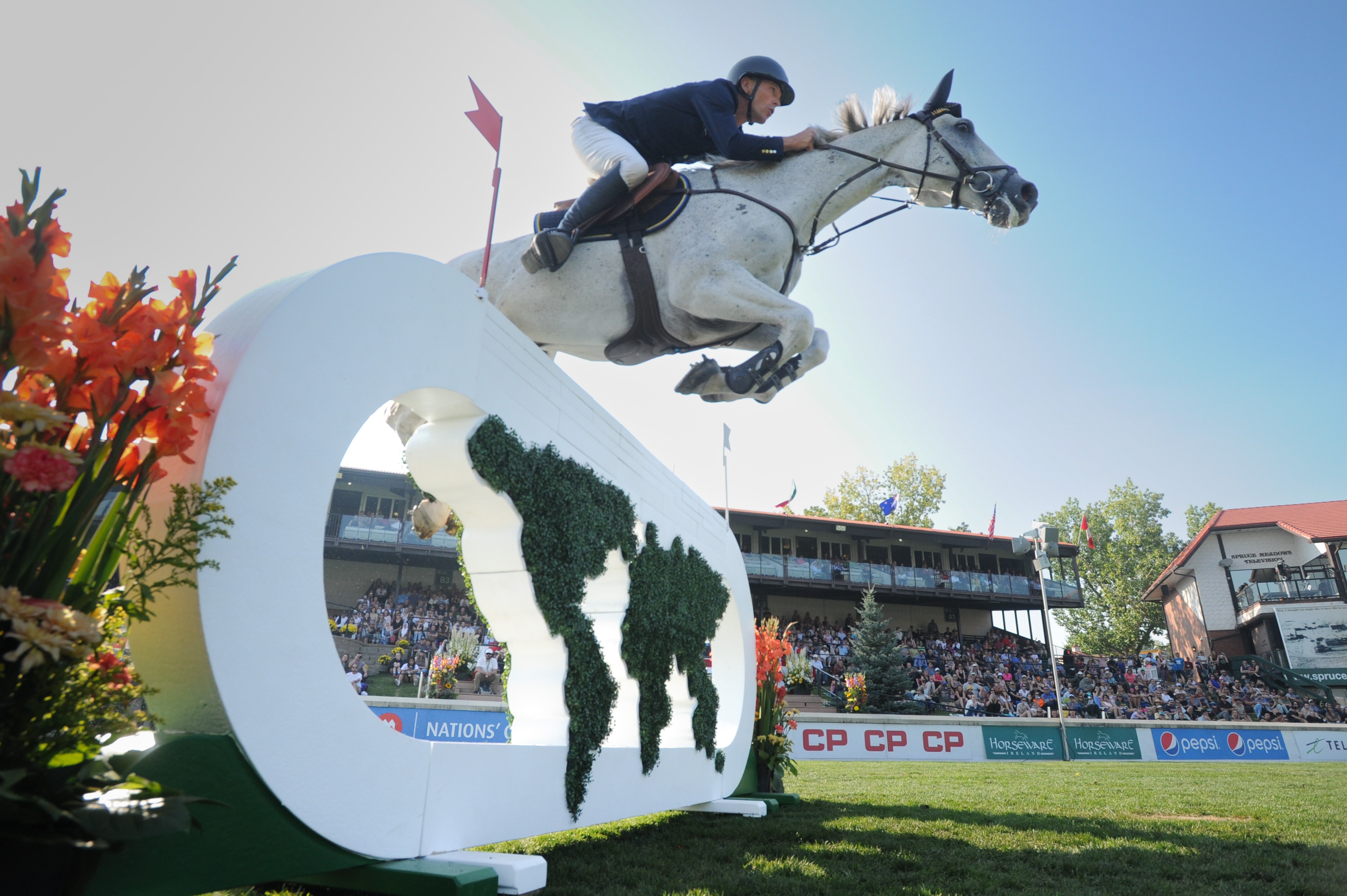 #3 Ranked rider in the world, Peder Fredricson (SWE) soars over one of the fences from the 2022 World Championships in Herning, Denmark © Spruce Meadows Media/Mike Sturk 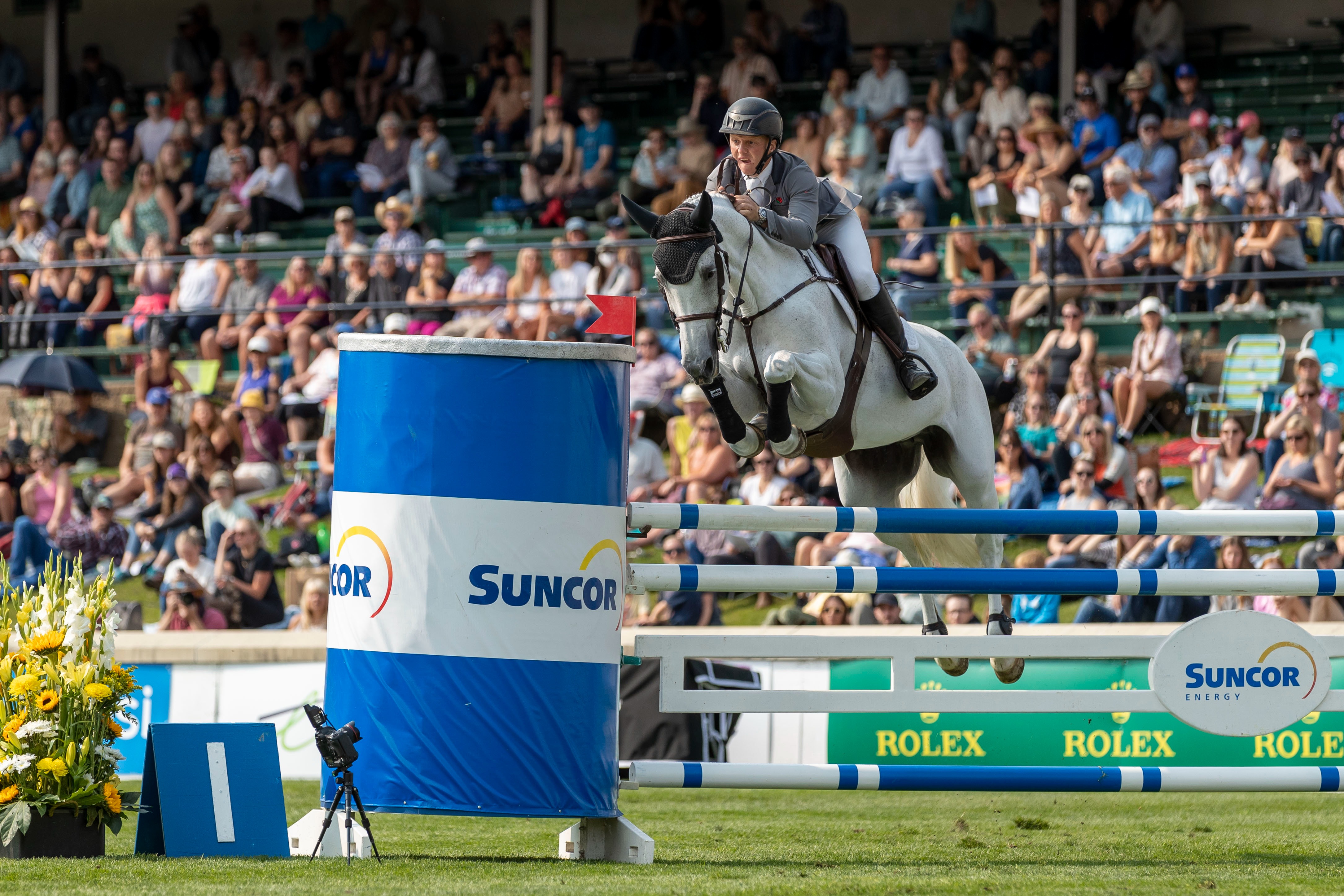 The Suncor Winning Round 1.50m was the first competition of the day at Spruce Meadows. Twenty-six horse/rider combinations representing 15 nations qualified for the event earlier in the week. The 455m track was designed by FEI Course Designer Leopoldo Palacios (VEN) and featured 12 obstacles (15 jumping efforts) all having to be completed in 69 seconds or less. In this event, the top 10 riders come back in reverse order of faults for the winning round.

World #4 ranked rider Conor Swail held the lead for a time with a clear ride in a time of 59.60s, but Matthew Sampson (GBR) who has had an amazing 2022 tour at Spruce Meadows, fired into top gear and posted a clear round in a time of 58.14s. With one left to go, Sampson held the top of the leaderboard. Kent Farrington (USA) was determined to come out on top, and with an amazing turn crushed Sampson's time, but the back rail of the final oxer fell as he pushed through the finish line with a final score of 4 faults and 55.93s.

This win in the Suncor Winning Round marks Sampson's 43rd top ten finish this season and 17th win. With those stats, Sampson was presented with the Xerox Rider of Year award following the completion of the first round of the BMO Nations' Cup. 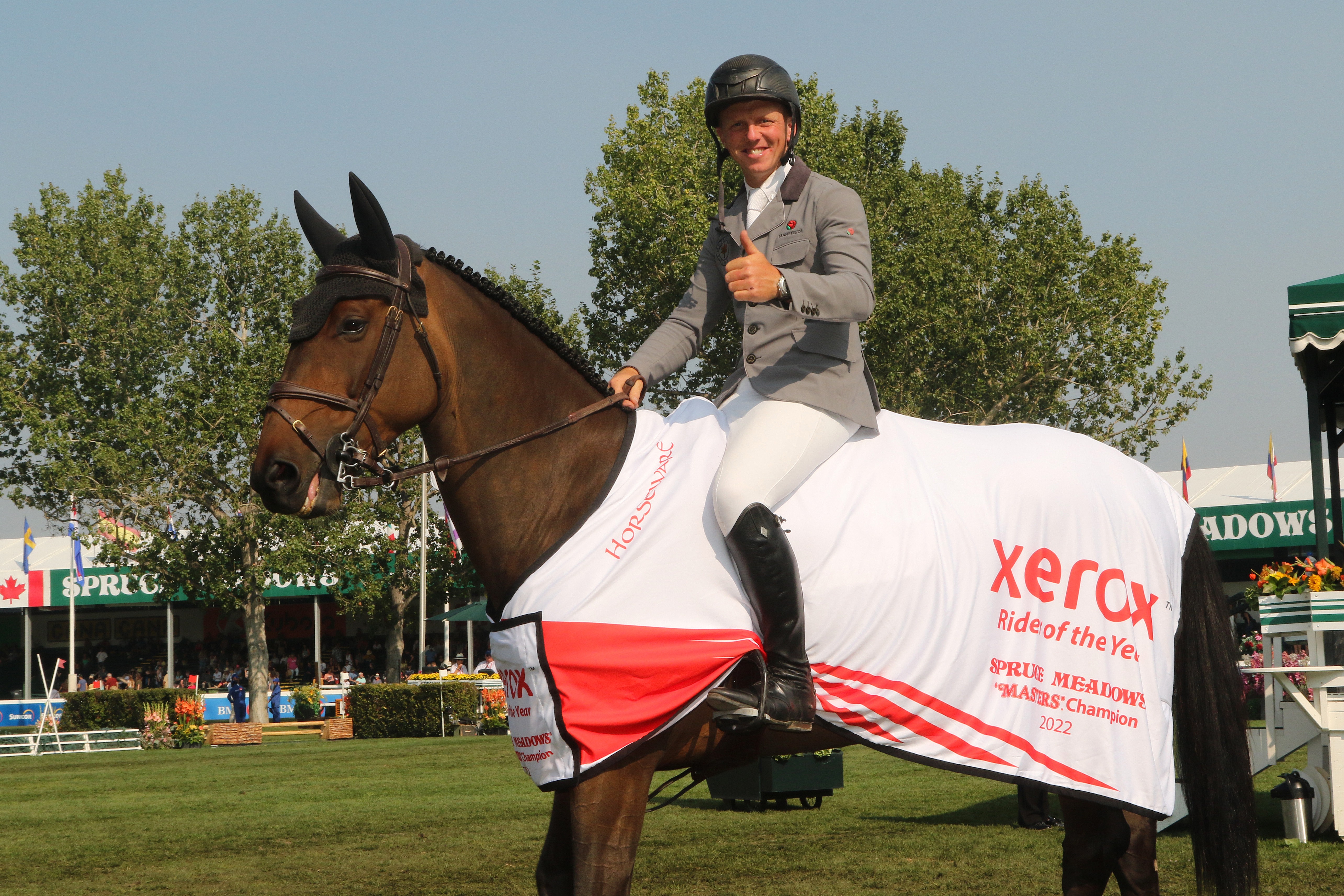 The Spruce Meadows 'Masters' has something for everyone. In addition to top international show jumping, spectators and fans alike can enjoy shopping over 70 vendors and original fine art, equine inspired demonstrations, FireFit Championships, live music, entertainment and pageantry for one more day! The grounds have been decorated to the nines with classic cars and carriages, fresh cut flowers from Holland and photo op spaces for all those Instagram worthy moments. 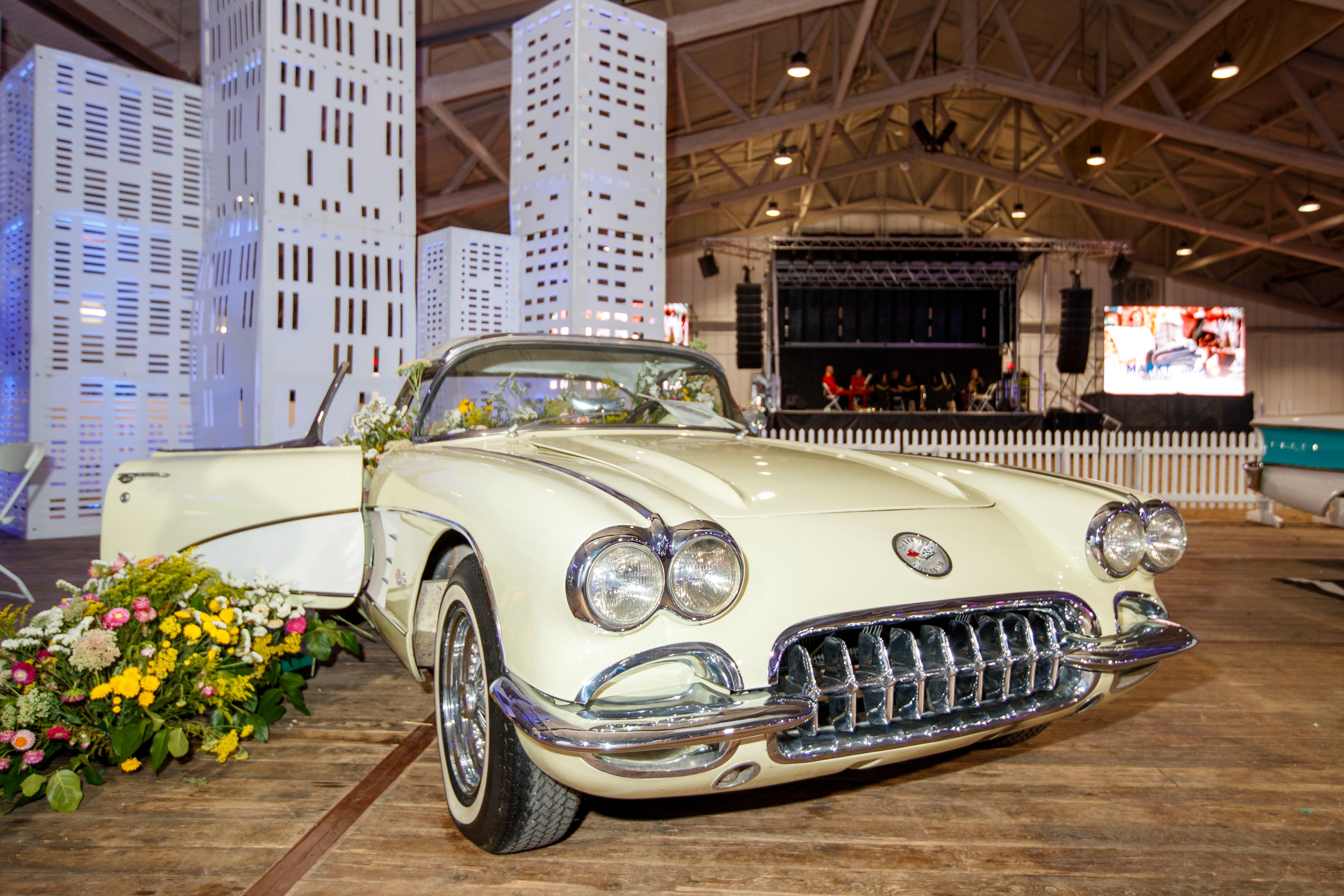 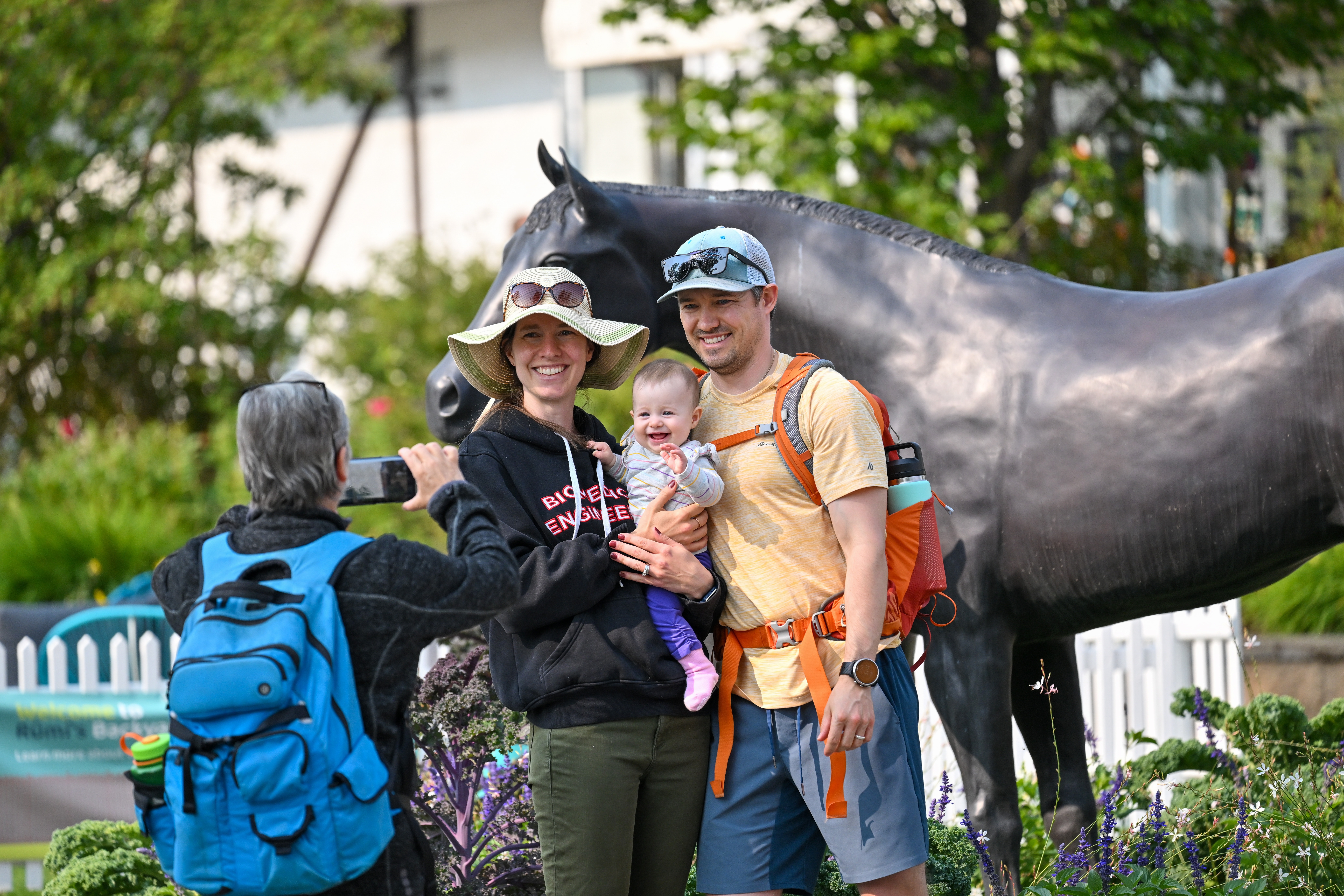 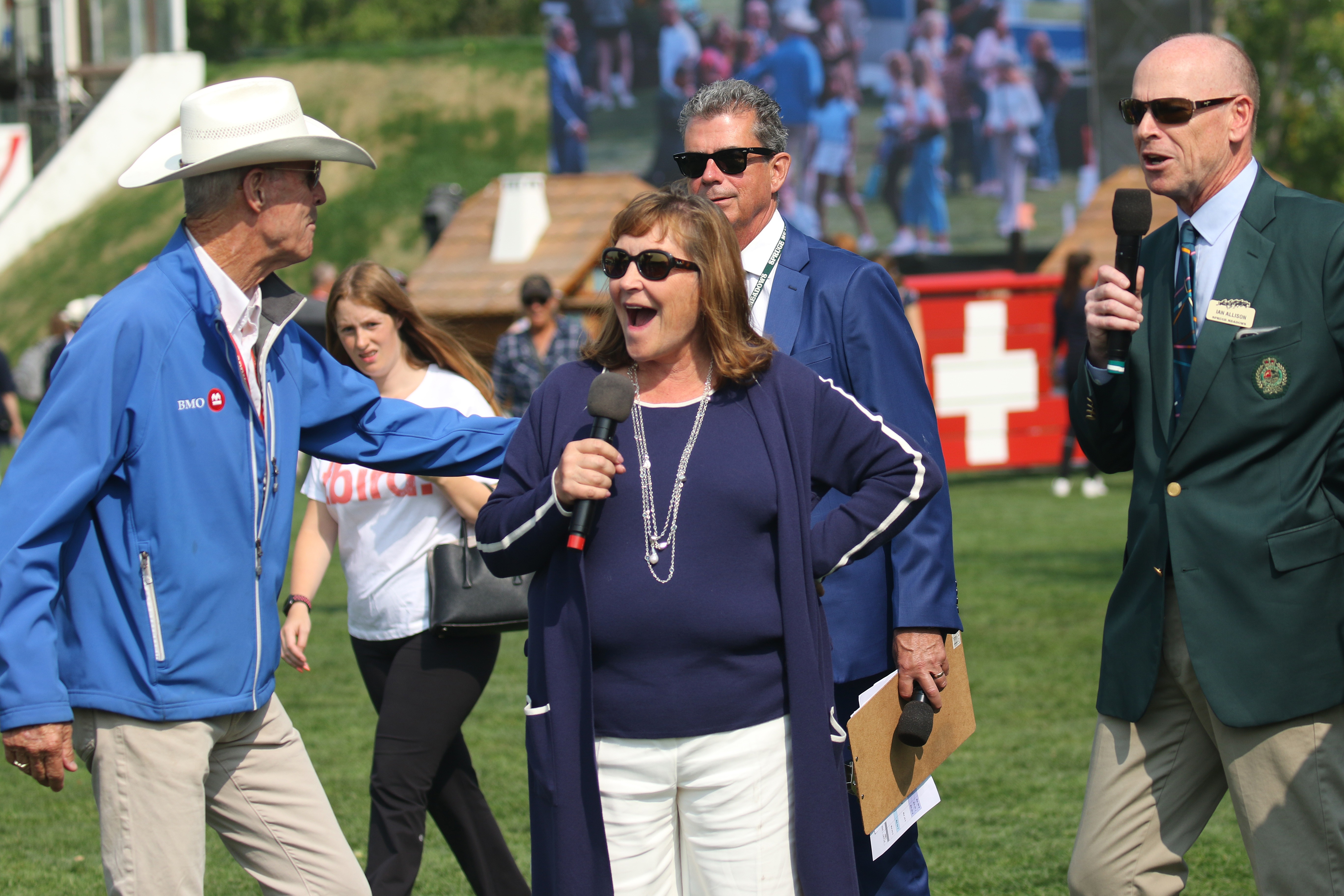