Saturday at the Spruce Meadows 'Masters' 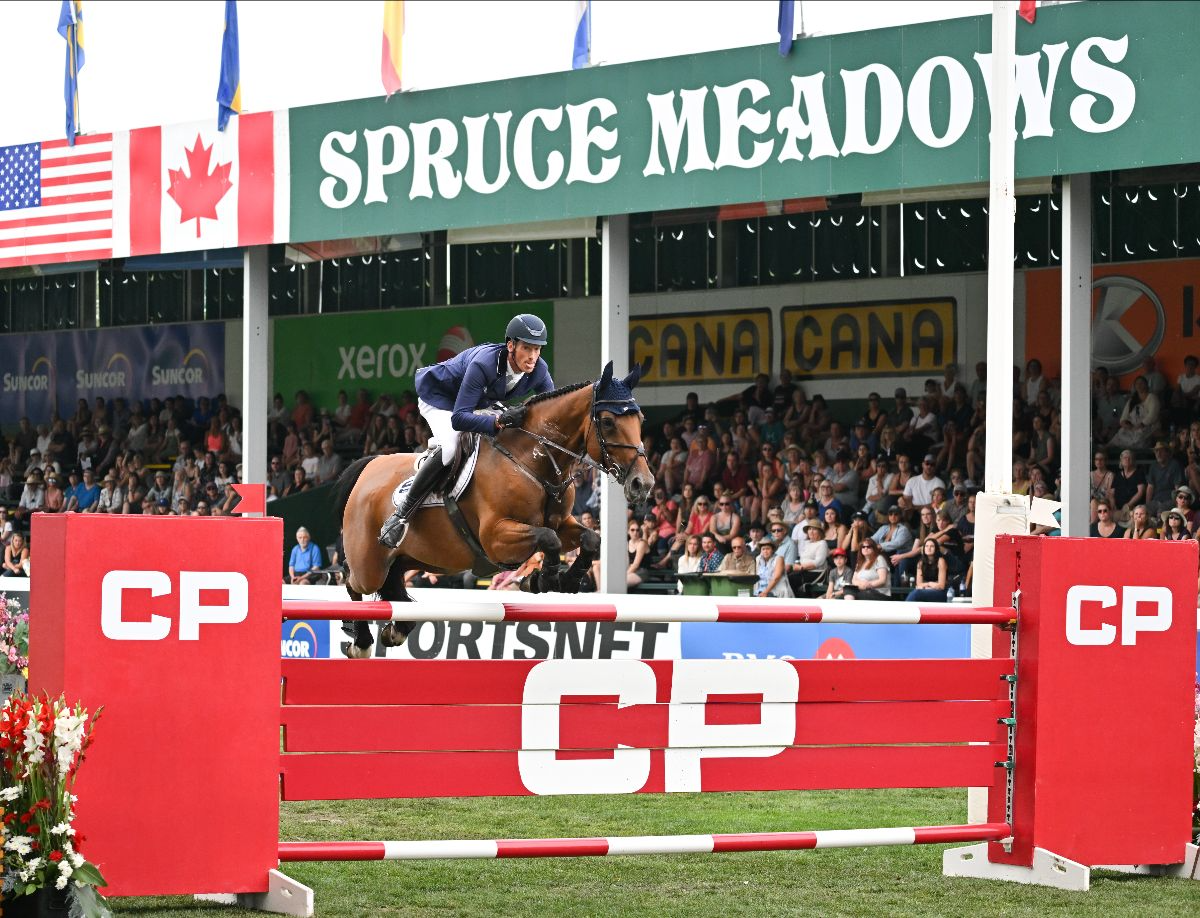 Spruce Meadows (September 11, 2022) - It was a full house on Championship Sunday at the Spruce Meadows 'Masters'. The stands were packed to watch the best horses and riders in the world compete for the a piece of the $3 million dollar purse in the CP 'International', presented by Rolex. This highly coveted title is also one of four legs of the Rolex Grand Slam of Show Jumping and live contender Gerrit Nieberg (GER) was hoping to continue his Grand Slam journey at Spruce Meadows.

FEI Course Designer Leopoldo Palacios (VEN) and his team, Anthony d'Ambrosio (USA), Peter Grant (CAN, Florencio Hernandez (MEX), Joey Rycroft (CAN) and Jedd Smith (CAN), were tasked to build a track worthy of the $1 million dollar first place prize to the horse/rider combination that could pass all the tests and best the rest of them. The challenging track was 570m in length and featured 14 obstacles (17 jumping efforts) - all having to be completed in 86 seconds or less.

After round one, the top twelve consisted of five of the fastest 4-faulters that included live Grand Slam contender, Gerrit Nieberg (GER), one rider on a single time fault and four clear rounds, including reigning champion Steve Guerdat (SUI). The riders returned in reverse order of faults and time and carried any faults from the round one forward to their final score. Anything can happen in round two, and in a rare event for the Grand Prix, three athletes posted double clear rounds.

A jump off was in the cards. Steve Guerdat (SUI), Daniel Deusser (GER) and the young rider Gilles Thomas (BEL) faced off over a shortened course - a third round of competition. Thomas and Guerdat both had an unfortunate rail in the jump off and the pressure was on for Deusser to jump clear. Aboard his championship horse Killer Queen, the pair jumped their third clear round of the day with a time of 45.78 seconds to secure the win. Deusser is no stranger to winning a leg of the Rolex Grand Slam of Show Jumping, however never consecutively. He will now continue to Grand Slam journey later this year as the live contender at CHI Geneve in December

"Spruce Meadows has such a special atmosphere, especially for us riders. It’s our first year competing in front of an audience again and when you come to Spruce Meadows and there’s a full house with so much enthusiasm, it’s an amazing feeling. You can feel the enjoyment from the crowd and you can feel that they are constantly behind you and they have so much love for the sport. Having that atmosphere gives myself and my horse a little bit extra.” - Daniel Deusser (GER), winner of the CP 'International', presented by Rolex, on competing in front of a full house at Spruce Meadows.

Part of the philanthropic tradition of the CP 'International', presented by Rolex, continued this year. For every clear round (including those only on time faults), CP donates $10,000 to the CP Has Heart program in support of heart health. This year, between clear rounds (including those only on time faults) and fundraising efforts on the grounds during Championship Sunday of the Spruce Meadows 'Masters', over $124,000 was raised to support heart health through the CP Has Heart Foundation. 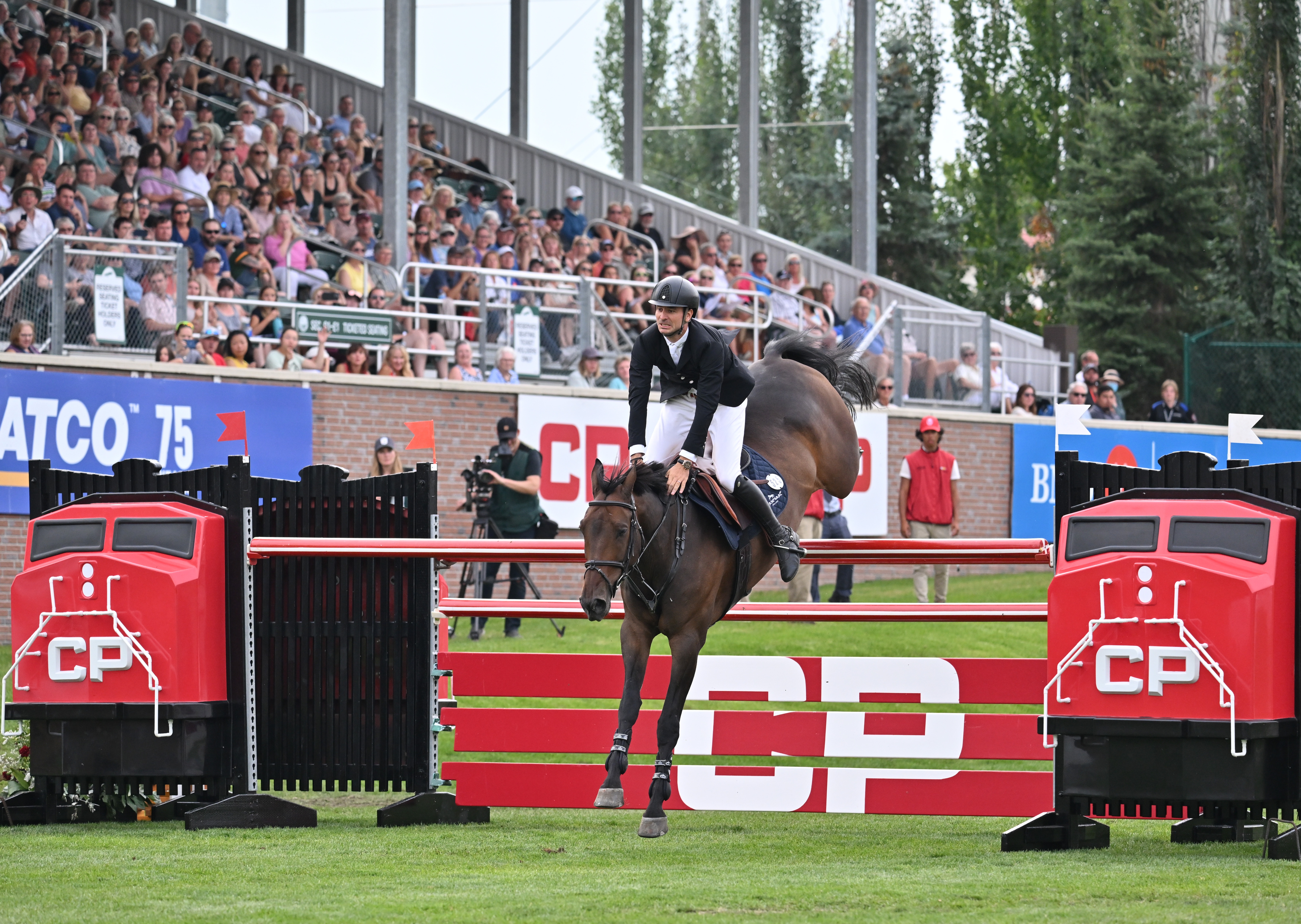 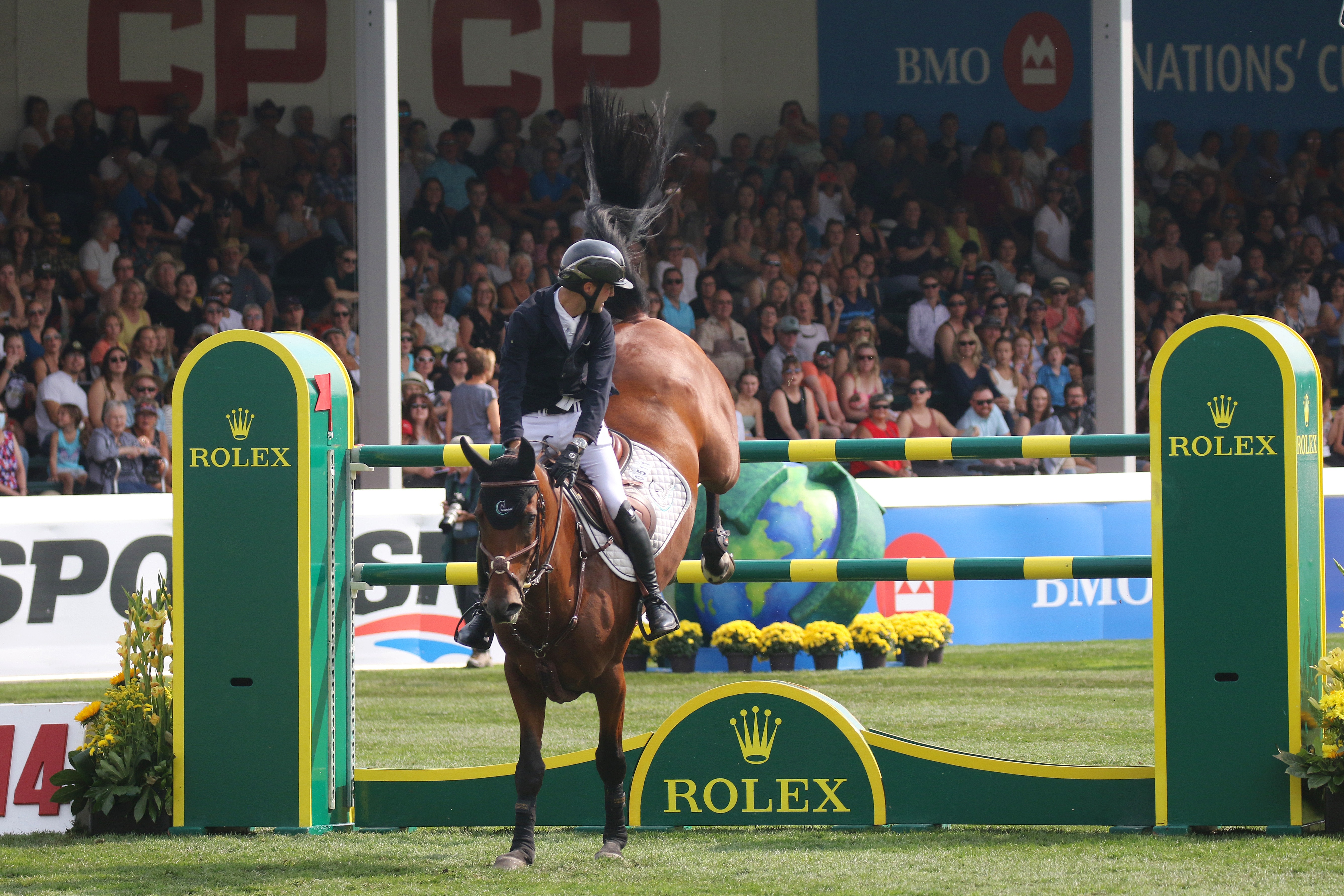 Gilles Thomas (BEL) has a look back to over the final fence of round 2 of the CP 'International', presented by Rolex © Spruce Meadows Media/Dave Chidley 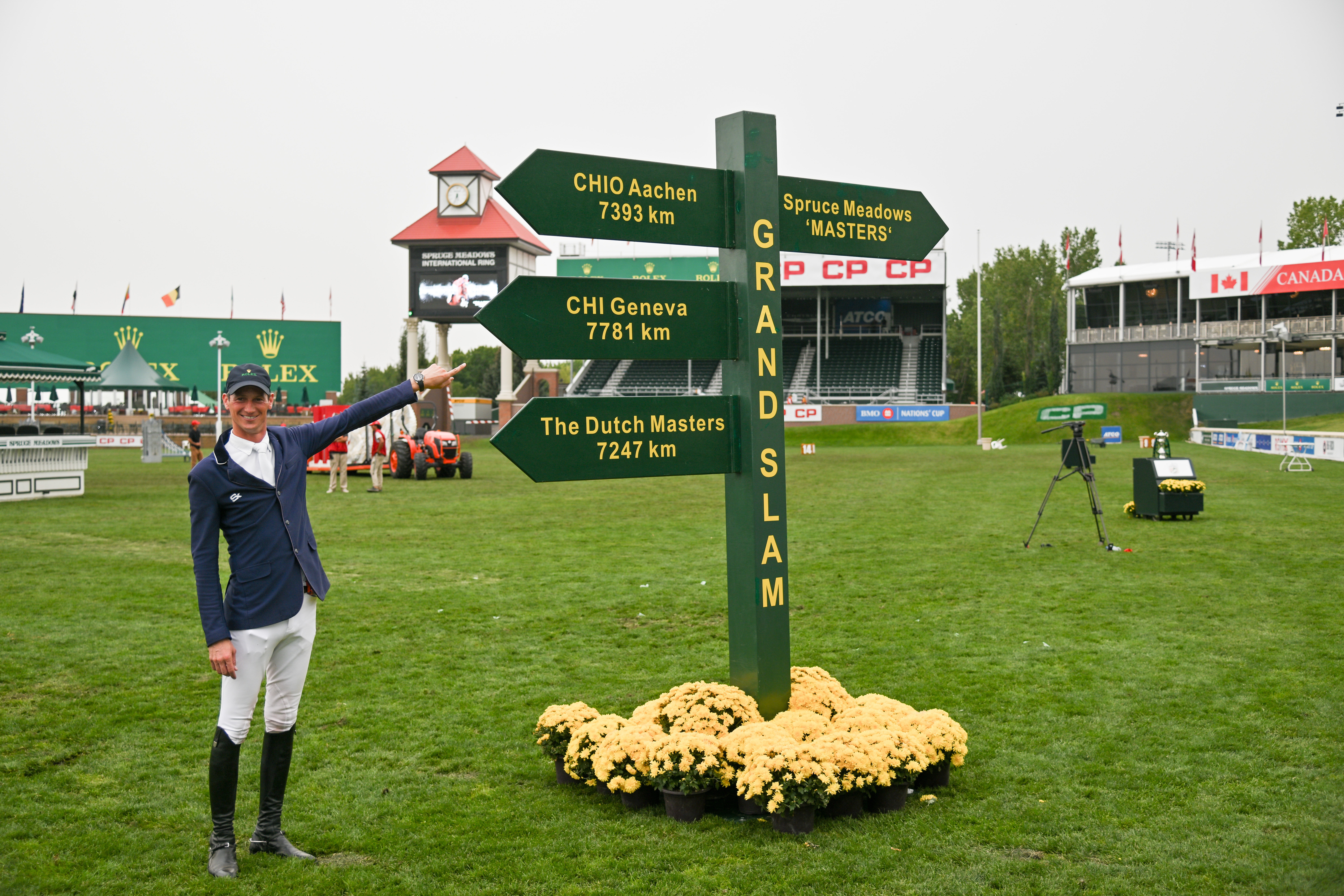